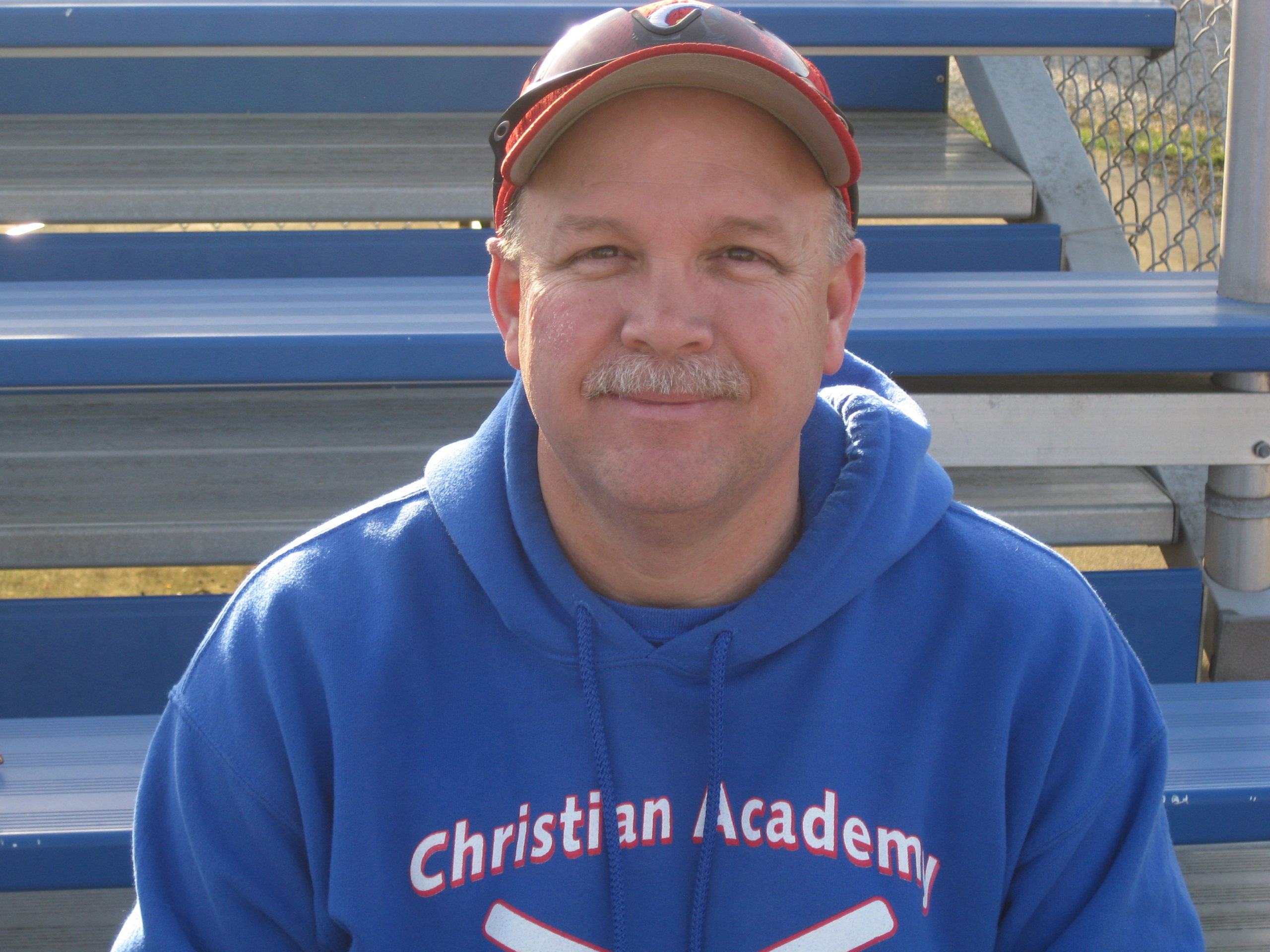 How did you come to CAL? Two of my kids graduated from CAL. Christopher graduated in 2002 from Trinity, Heather from CAL in 2006, and Taylor in 2011. I had coached baseball at Trinity for 4 years and 1 year at Ballard.

What lessons has coaching taught you about your faith? It has taught me patience is a virtue. It has also taught me how to lead by example. If the kids see you walking in the world as a Godly example, hopefully they will take notice and want to do the same.

How do you try to be distinctive as a softball team? I try to teach them though discipline. We respect every opponent we play. We play to win but do it in the right manner. We also pray with our opposing teams. We play hard and I want to win, but winning isn’t everything. We have to teach as we go.

What is most satisfying about being a coach? Being around the kids and watching them grow. Hopefully they are learning about life and not just about softball. As a coach, you need to be respected but sometimes you also need to be a friend.

Who are or have been your spiritual mentors? I would have to say my parents and Father Dom Hoff. He taught religion at Trinity. I would also say my current minister, Shawn Barkley.

What do you hope to accomplish this season? Our major goal is to win the State Championship. I also have a goal for the girls to lead a children’s sermon at my church. They would do a great job.