Christian Academy alumni are a dynamic group of graduates who are building strong families, living out their faith, enjoying careers ranging from the mission field to the business world, and are experiencing many adventures in life.  We want to know what’s new with you!  Please use the Contact Us section above to send us pictures and updates of you and your family. 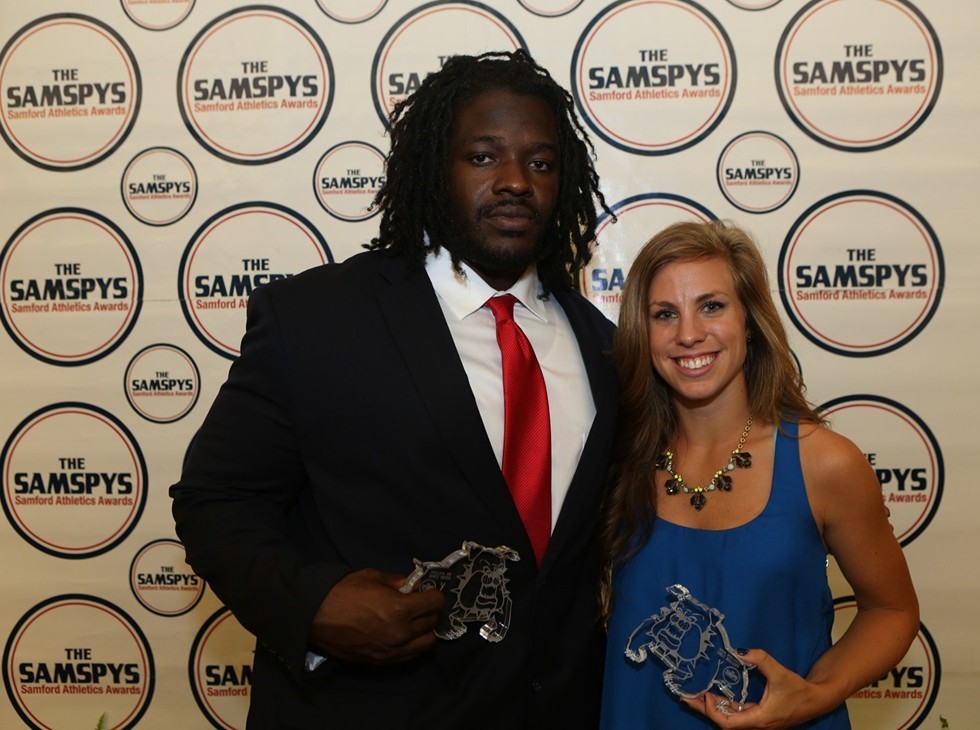 The Miss Bulldog award went to Emily Mallory of the women’s tennis team. Mallory helped lead the women’s tennis team to its best record in school history. She earned second team All-SoCon honors in singles play and finished the regular season with a 15-2 record. In the classroom, Mallory was named to the 2013 Spring Academic All-SoCon team by registering a 3.81 grade-point average in business/economics. 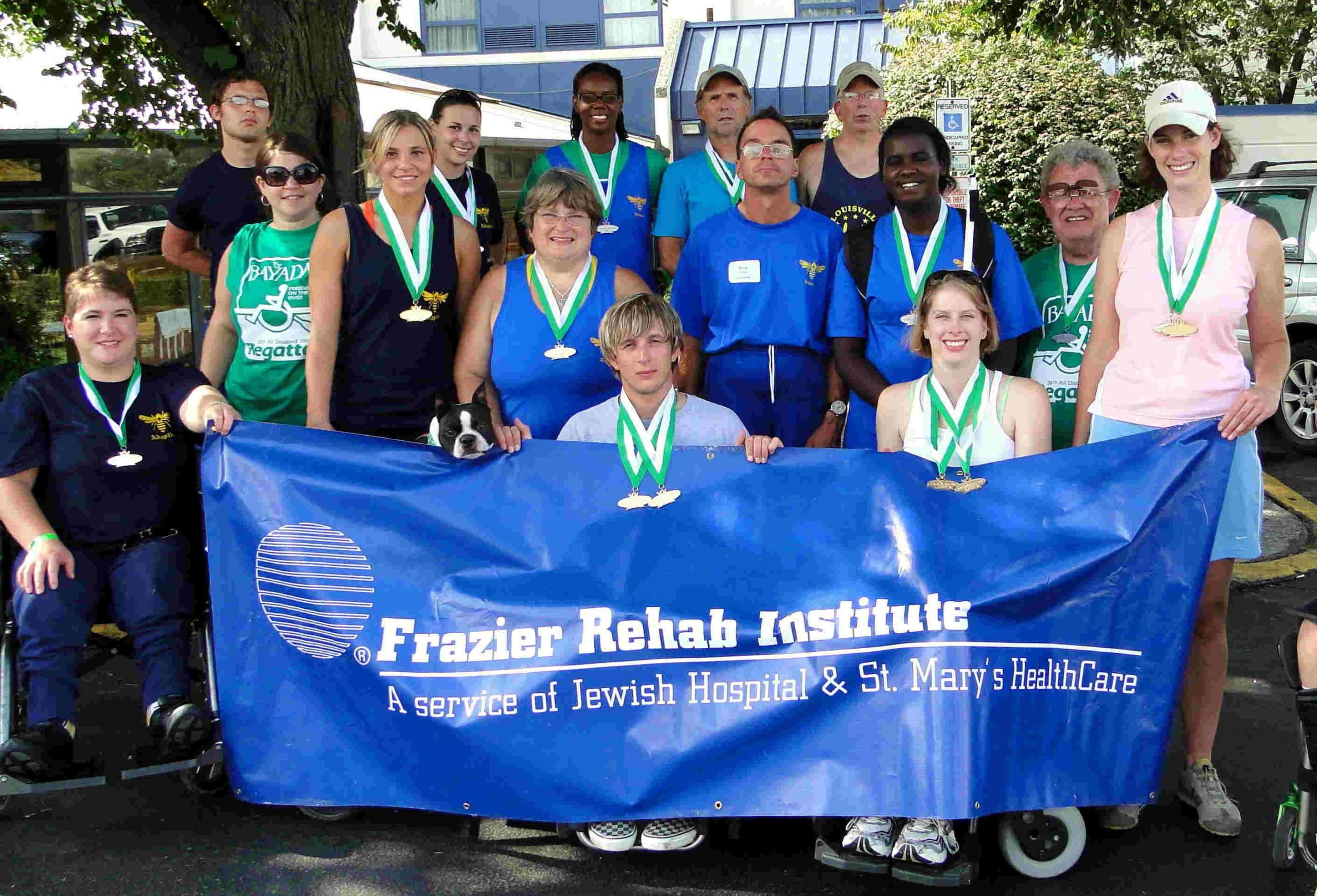 She took first place in both the singles and doubles races. She is a member of the Louisville Adaptive Rowing Program.

Phillip is working as a personal banker at Republic Bank. He married Elizabeth Winterkorn on October 18, 2008.

Crystal was awarded a travel scholarship from the American Association of Colleges of Pharmacy (AACP) to participate in the AACP Teachers Seminar during the annual meeting in Boston this past Summer. She was also honored and selected to participate in the National Math + Science Young Leaders Program and will be mentored by college distinguished alumnus, Candace Kendle, PharmD, Chairman and CEO of Kendle International Inc. 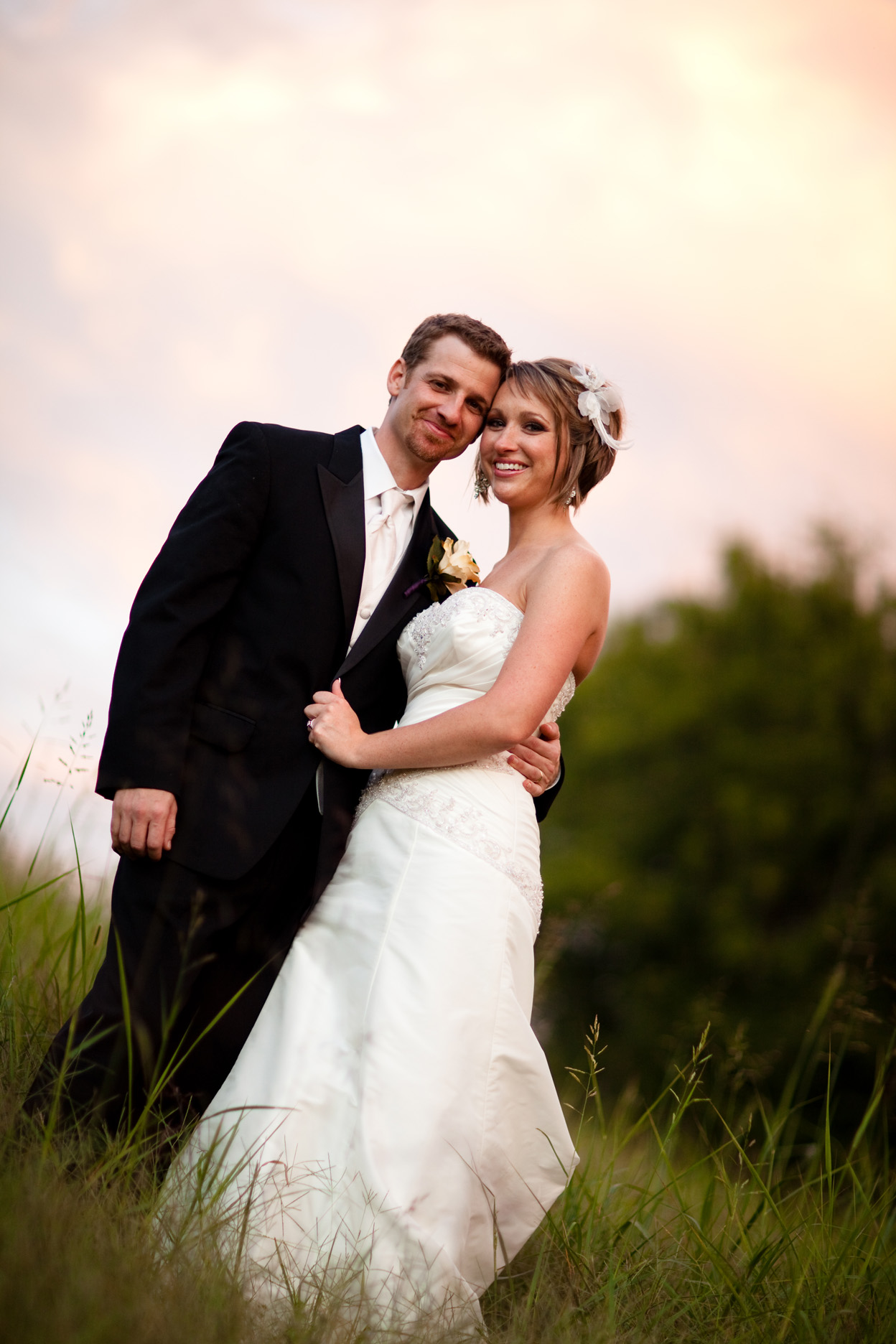 Jewell married Jason Taylor on September 26, 2009, at Coldstream Christian Camp in an intimate ceremony. They live in Nashville, Tennessee, where Jewel is pursuing her career in broadcast journalism. In 2011 they welcomed to their family the addition of a beautiful baby girl! 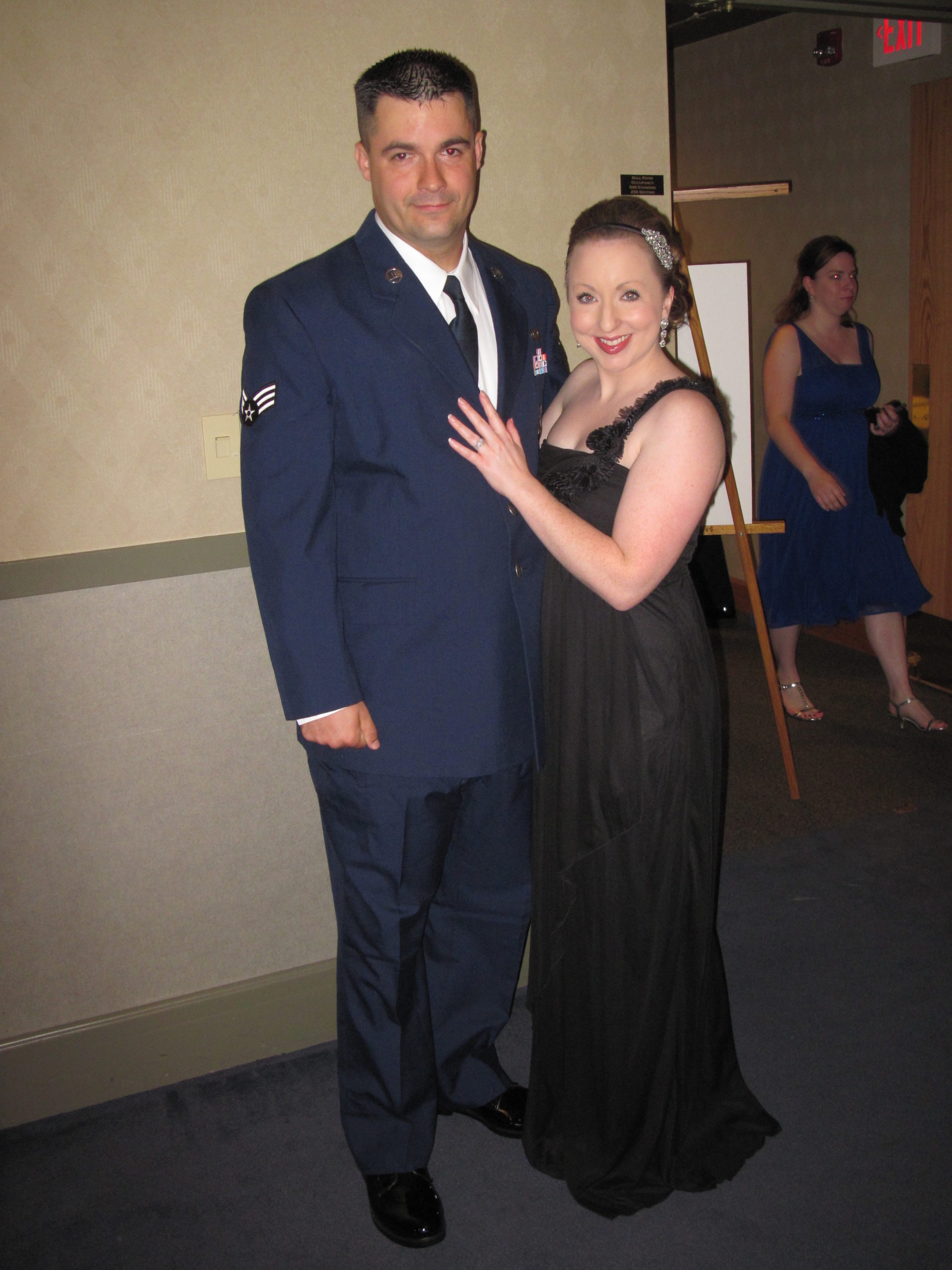 Two years after graduating from high school, Paul joined the United States Air Force. He served in Operation Iraqi Freedom for a total of three tours. In 2011 he married Julia Butler, from Minneapolis, and they are enjoying life together currently stationed in Grand Forks, North Dakota.

Katie finished her Master of Arts in French at the University of Louisville in May 2009. She is teaching French at Our Lady of Providence Junior/Senior High School in Clarksville, Indiana, where she teaches 7th-12th grade French. 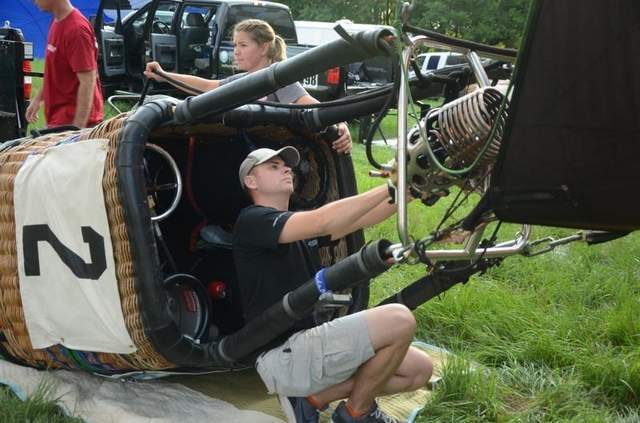 has won the 2012 FAI World Hot Air Balloon Championship!  He will reign as world champion until 2014 when the next championship is held in Sao Carols, Brazil.  Click here to read more about his journey.

Brandon Powers (’03) and his wife Mandy have a beautiful son, Emerson, who is 17 months old.  They live in Louisville. Brandon is the lead software developer for myTrade, a social network for stock, options and futures traders.  MyTrade was a Louisville startup and was acquired by Thinkorswim, Inc. in 2007.  Thinkorswim is now owned by TD Ameritrade.

After graduation from CAL, Beau went to Indiana University Southeast where he spent his entire collegiate career playing baseball before becoming assistant coach. He holds numerous records and awards from his tenure at IU Southeast, including team captain, 2008 Male Athlete of the Year, and KIAC-All Conference every year of his career. In October 2008, Manning signed a professional baseball contract with the Big Bend Cowboys in the Continental Baseball League (Independent). His success continued with the Cowboys, leading him to be selected to compete in the CBL All-Star game at break. He is now in his second season with the Cowboys and continues to coach at IU Southeast. He received his bachelor’s degree in General Studies from IU Southeast in 2008. After graduating from CAL, Whitney went on to study at Miami University in Oxford, Ohio. She graduated in December 2008, with a bachelor’s degree in Music Education and a minor in Arts Management. She says, “During my time at Miami, God led me to attend services at a new church plant in town called the Bridge. To make a long story short, the pastor, Chad Moore, and I got married this past summer on June 13. After the wedding, I started working as the new orchestra director at Northwest High School and Pleasant Run Middle School. We have settled in Oxford and are watching God do amazing things across Miami’s campus!”

Rachel is a 6th Grade Language Arts and Literature teacher at Christian Academy of Louisville – English Station Campus. She is married to Timothy Scott Tatum.

is working at Skywalker Sound (on George Lucas’ Skywalker Ranch) just north of San Francisco, California.  He has worked on several films such as “Despicable Me” and the upcoming film “Mars Needs Moms”.  On the weekends he plays music, opening for several bands in the San Francisco bay area.

started a driveway sealing business. Both are college graduates and in order to accomplish some financial goals, they put their entrepreneurial energy to work and started Carter Jones Sealing.

Jessica married Rob Martin on June 27, 2009, at Duncan Memorial Chapel. Both Jessica and Rob attend Kentucky Christian University. Jessica is studying psychology and anticipates a graduation date of May 2011. Rob is studying high school education with an emphasis in history. They currently live in Grayson, Kentucky, in the KCU married student apartments.

Carley is finishing up a Semester at Sea with Western Kentucky University. She set sail from Halifax, Nova Scotia, with other WKU students on August 28. The trip ended on December 14, in San Diego, California. The ship docked in multiple locations throughout the world, where she was able to engage in hands-on learning in world issues, economies, and cultures. The ship served as a traveling campus, and as one of eight WKU students selected, she was able to use the experience for class credit.

“composed music for Blood Brother, a documentary about a man who gave up a design career in the United States to run an orphanage for children with AIDS in India. It is an official selection of the Sundance Film Festival.” Click here to read more.

Dawn married Greg Wilburn on December 19, 2009. Greg is on staff with InterVarsity Christian Fellowship at the University of Louisville. She says that, “God has amazingly brought us together and given us much grace as we have grown in our relationship and love for one another.” 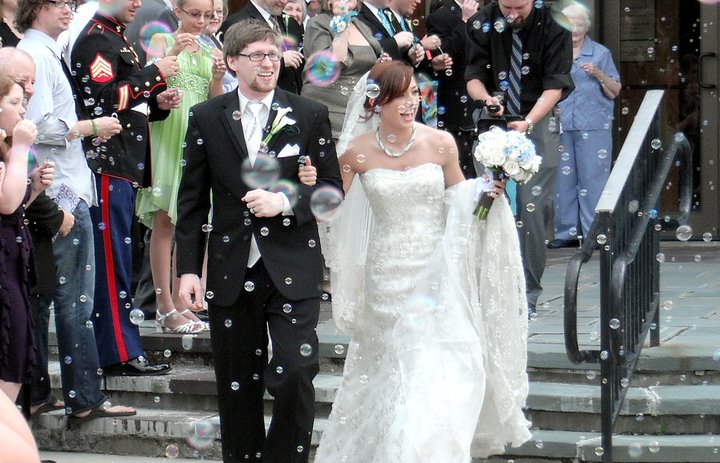 Jon will graduate May 2012 from WKU with a degree in Music Education.  Jon and his wife, Maggie, currently live in Bowling Green where Maggie is employed by HeathCo as a Sales and Operations Planning Analyst.

Scott is working in a mechanical engineering co-op with ExxonMobil Corporation in Houston, Texas. He is enrolled in the University of Louisville’s Speed School of Engineering and anticipates graduating in 2012. Last spring, he was featured in University of Louisville publications for his second straight year as the “Red Reign” recipient, the Most Spirited at U of L award. He also received the Highest GPA Award for Mechanical Engineers within the Speed School. He is engaged to be married to Lyndsey Lawson on May 8, 2010, at Southeast Christian Church.

Amanda lives in Atlanta with her husband, Caleb, and her daughter Skylee Colette Poirrier. Skylee was born March 22, 2008.

was selected as an intern to U.S. Senate Republican leader, Mitch McConnell.  During her internship, she will be working with issues related to healthcare and education.  Madeline is a junior at the University of Mary Washington, where she is pursuing degrees in business and political science.

Due to participating in the science fair, Austin received the Hallmark Award from the University of Louisville and Math Department. At the Louisville Regional Science Fair, of which he serves as Vice President, he was awarded the Society of Physics Students award. He currently works for the Chair of the Physics Department at the University of Louisville. He is writing a paper that will hopefully be published next year, and hopes to continue his education by attending graduate school for a PhD in physics. He says, “I will be graduating with a BS in Physics and a minor in Mathematics in three years because of the ample amount of AP classes that CAL offers. I am now on track to hopefully be a professor and research physicist.” 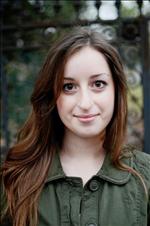 Mackenzie received a Fulbright English Teaching Assistantship to Turkey. She will teach English in Turkey. A Jones Scholar, Flynn also received the Modern Language Fund Scholarship and the Overseer’s Honors Mentor Program Scholarship for her success as a mentor. She holds a bachelor’s degree in biology from the College of Arts and Sciences at the University of Louisville. 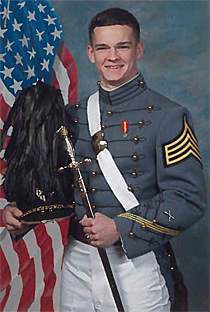 graduated from the United States Military Academy in West Point, New York, in May 2012.

is traveling with Imagewest, a student-run, revenue-generating, full-service advertising and public relations agency at Western Kentucky University.  During the summer of 2012, Jake is heading to Florence, Italy, for five weeks to work with the Instituto Lorenzo de’ Medici. The students on this trip will be working on various projects such as, promotional videos and a digital marketing plan for LdM.

, a senior McConnell Scholar at the University of Louisville, has been awarded a Fulbright U.S. Student Award for 2013-2013, with a posting to Malaysia. Floyd will be an English Teaching Assistant (ETA) at a primary school. Read more. 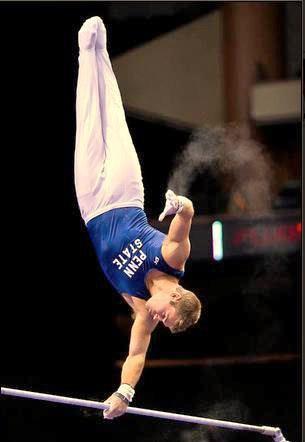 A Penn State men’s gymnast, Parker Raque, will serve as the Nittany Lion team captain for the 2013 season.

a junior at the University of Louisville is featured was featured for her hard work on the women’s basketball ball team. Click here to read more. 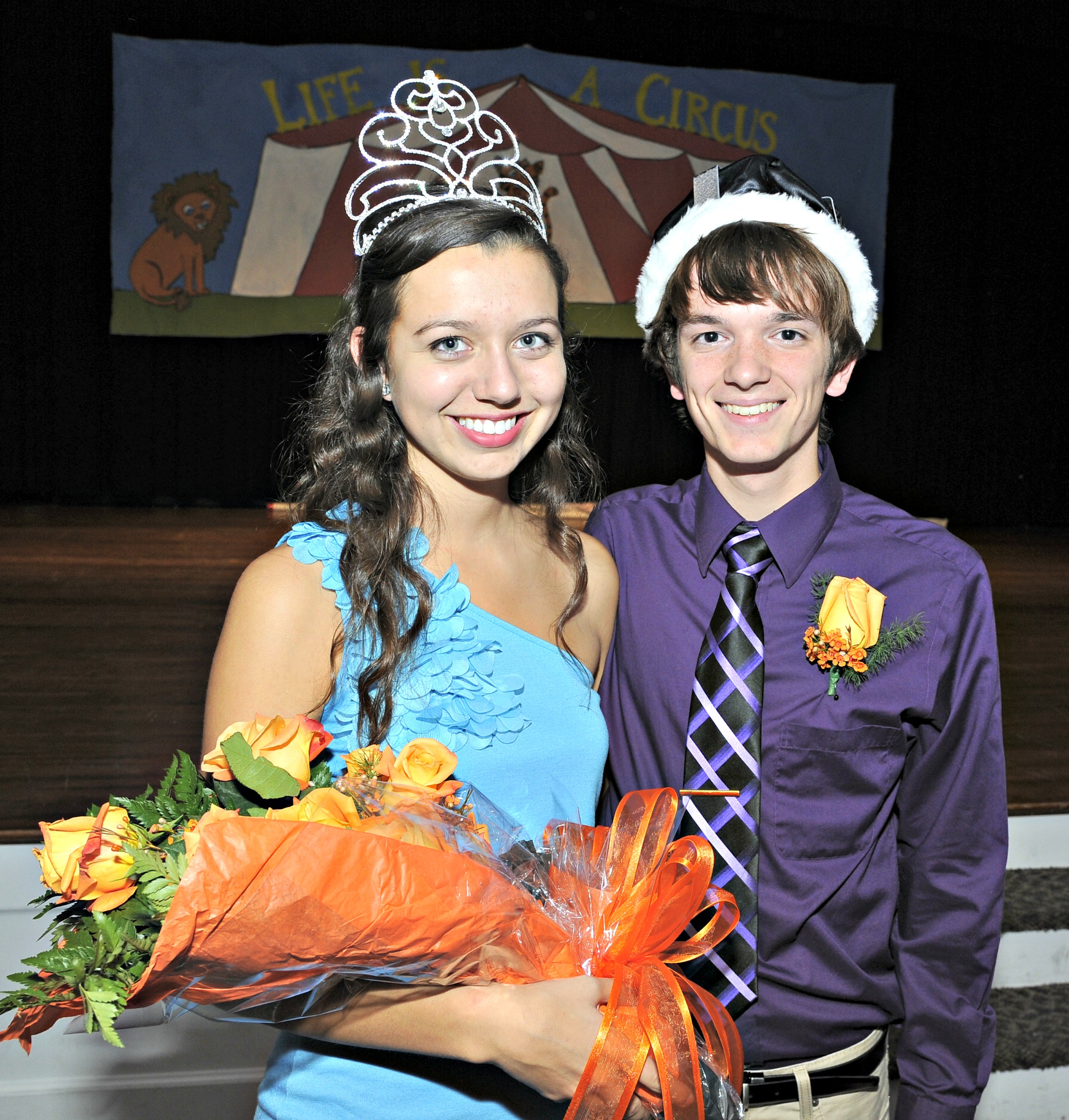 , was chosen 2012 Princess of Georgetown College during Homecoming festivities on Friday, Sept. 21. Madison is a Nursing major at Georgetown, and is a Christian Leaders Scholar, an Oxford Honors Scholar, as well as a member of the junior varsity volleyball squad.

was named a WLKY Bell Award winner, for youth service (read here). Zac is now at the Naval Academy.