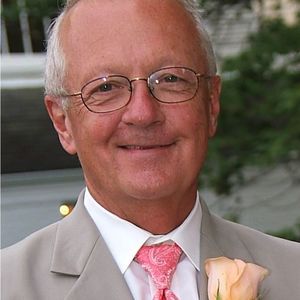 Rick was a supporter of Christian Academy Athletics throughout the years that his children attended CAL and well beyond. Rick coached freshman boys’ basketball in 2006 and also served as president of the CAL athletic board. He was an active participant in the Booster Club for many years and served as a retail vendor for multiple sports teams at all levels. Rick was passionate about golf and helped to start and organize the CAL Athletic Golf Scramble.

Rick’s dedication to Christian Academy was strong, but his true dedication was to the serving the students that attended here. Rick mentored several young men from CAL that continued on into their college years.

Rick lost his battle with cancer this past September. He loved kids, loved God, and loved this school. Christian Academy would be a very different place without Rick Bordas. So many students, parents, and faculty have been impacted by his service and friendship.

The Rodman Tabb Spirit Award was created to honor and recognize supporters, coaches, and participants in CAL Athletics who have demonstrated their allegiance to Centurion Sports through faithfulness, sacrifice, service and Christian values. This award recognizes those who cherish and value CAL Athletics the way Mr. Tabb did – with enthusiasm, joy, love and honor. Mr. Tabb was Christian Academy’s most loyal and faithful fan. His years of dedication, service, and support to CAL as an Administrator and his unwavering support of Centurion Athletics serve as the foundation as we remember CAL’s greatest fan.