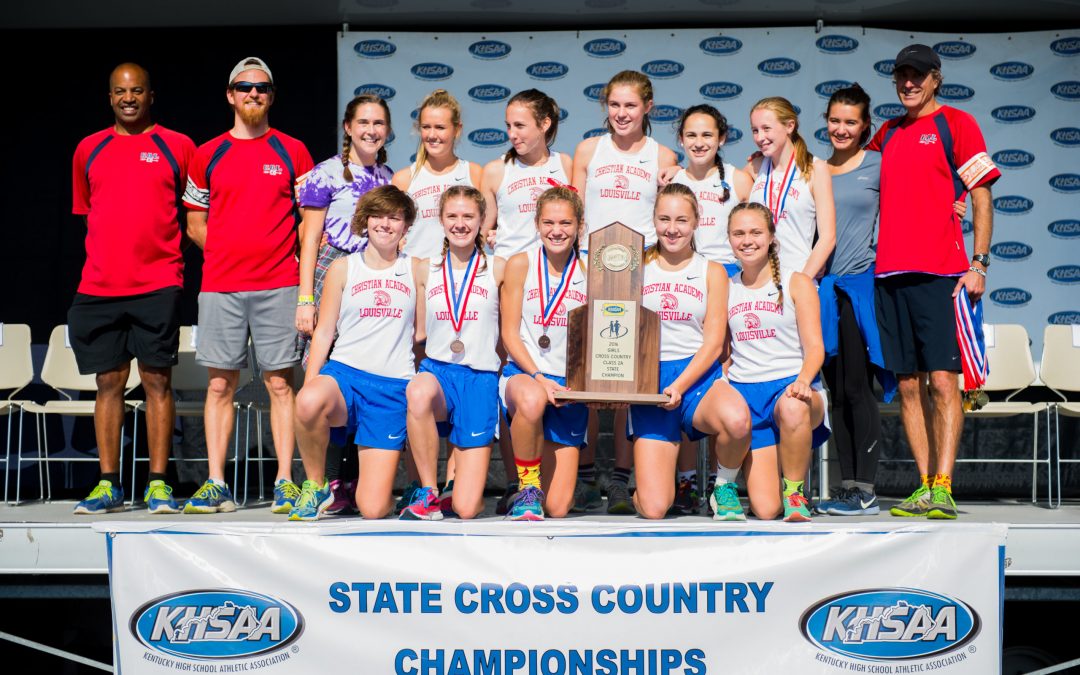 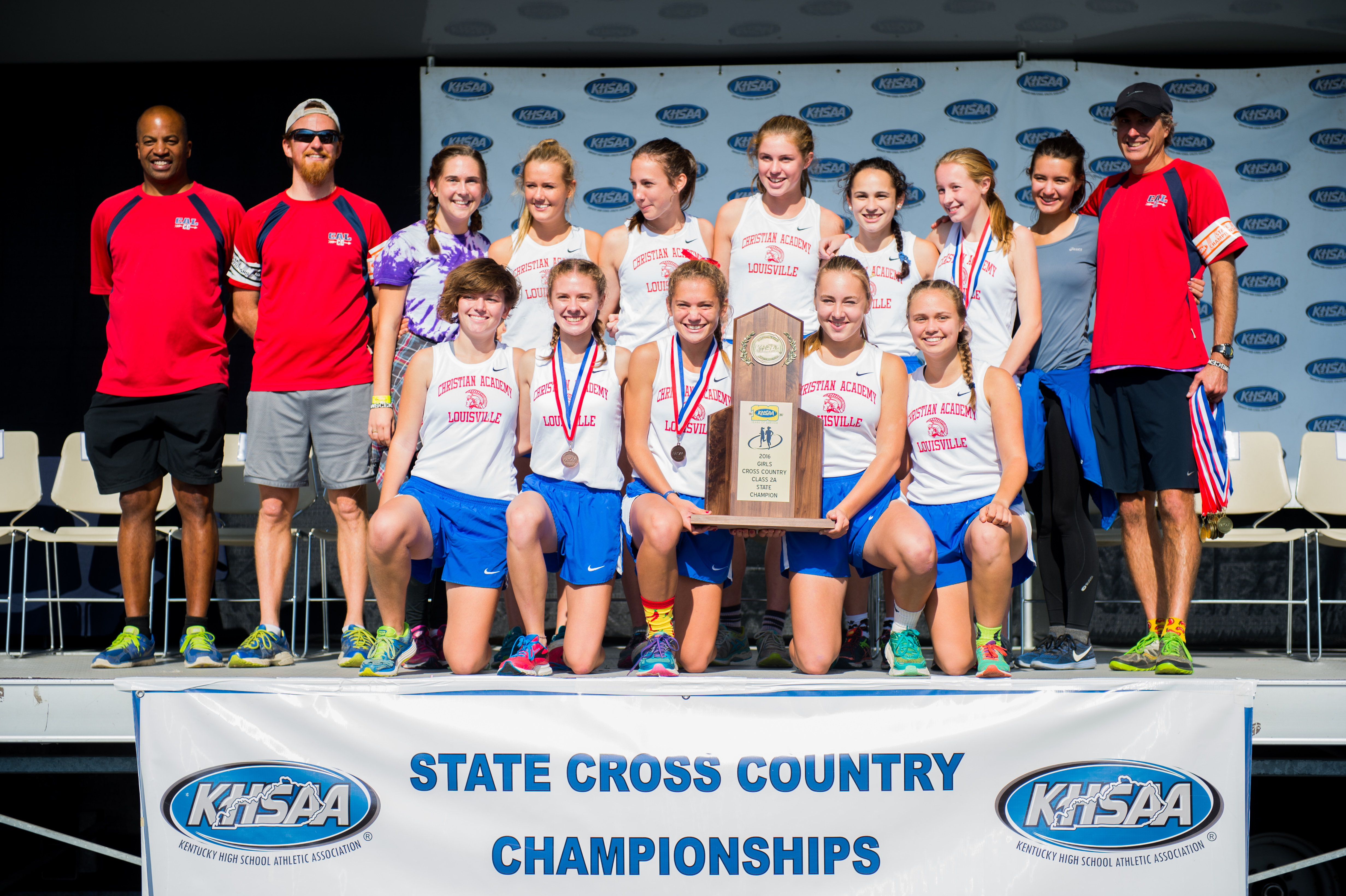 Saturday was a day that made history. The girls Cross Country team won the first State Title in CAL Athletic History; beating Highlands High School from the Cincinnati area who has won the title for the last 4 consecutive years, the CAL girls beat them by 30 points. The goal that was set in July as the girls ran over 500 miles each this summer to prepare for this difficult task, they accomplished what they set out to do. 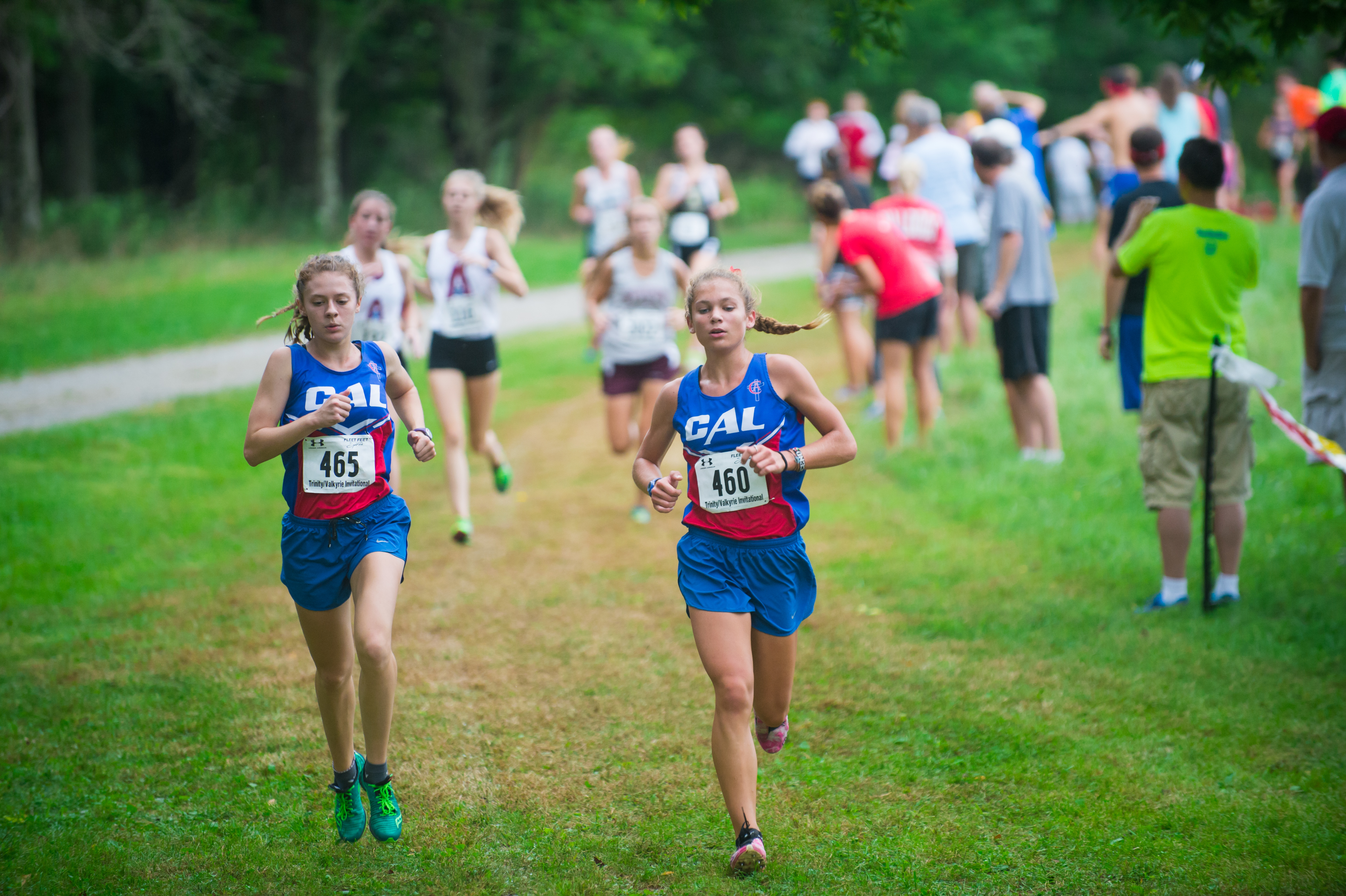 Clara Lynch, senior, led the team to this victory on Saturday; she quotes “This season has been one to remember, that's for sure. Our team really bonded these last few months as this goal became a reality and the date of state got closer and closer.” And that's just what they did, they came together as a true team. As the gun went off, Clara Lynch, Kaylee Wilson, Maddie O’Dea and Adelaide Ensor went out strong while Maddie Bevin and Ivy Porter raced together not far behind, with Jessica Wellum trailing behind them. Throughout the race, many strategic moves were made but the closeness of the girls at the finish is what brought them on top. Clara, Kaylee & Maddie O'Dea all placed in the top 10 to lead the way and earn All-State honors. Adelaide narrowly missed a spot on the podium as an individual, but still earned All-State honors from the KTCCCA (cross country coaches association).  Maddie B and Ivy both set PR's and placed in the top 40 to sew up the State Championship for the Lady Centurions. Jessica finished with her season's best with her 22:51. Joslyn Porter, Rebecca Day and Taylor Moon served as alternates at the State Meet.

The boys race was a success as well. Steven Ott ran a stellar race, finishing third overall. His strategy to sit back in the pack the first half of the race and move up was followed through, moving up from 23rd to 8th to 5th then to finishing at 3rd place. Alex McClarty from North Oldham, who barely beat Ott at Regionals, didn't respond when Ott made his move, passing McClarty at the two mile. His performance matches the second best individual boy finish in school history – equaling middle school Bible teacher TJ Eubanks' 3rd place from 2001, as well as earning All-State honors. Alex Aulick also had an incredible race, passing teammates Jacob Miller, Sam Hazelip, and Jack Harold Enyeart, pulling them along to help them place well, too.  John Patterson also represented the Centurions at State, running one of his best races of the season. Freshman Josh Starmer was scheduled to compete, but had the misfortune of fracturing a bone in his leg, only 2 days before the meet. But he competed well this season and has set himself up well for a good high school career.

This season was one of great success and the path has been set for continued high finishes in the coming seasons. A few of the runners will be racing some post-season national meets as individuals but as a team, they have closed out this season with the greatest accomplishment- CAL’s first state title and a family bond that will last through the ages.