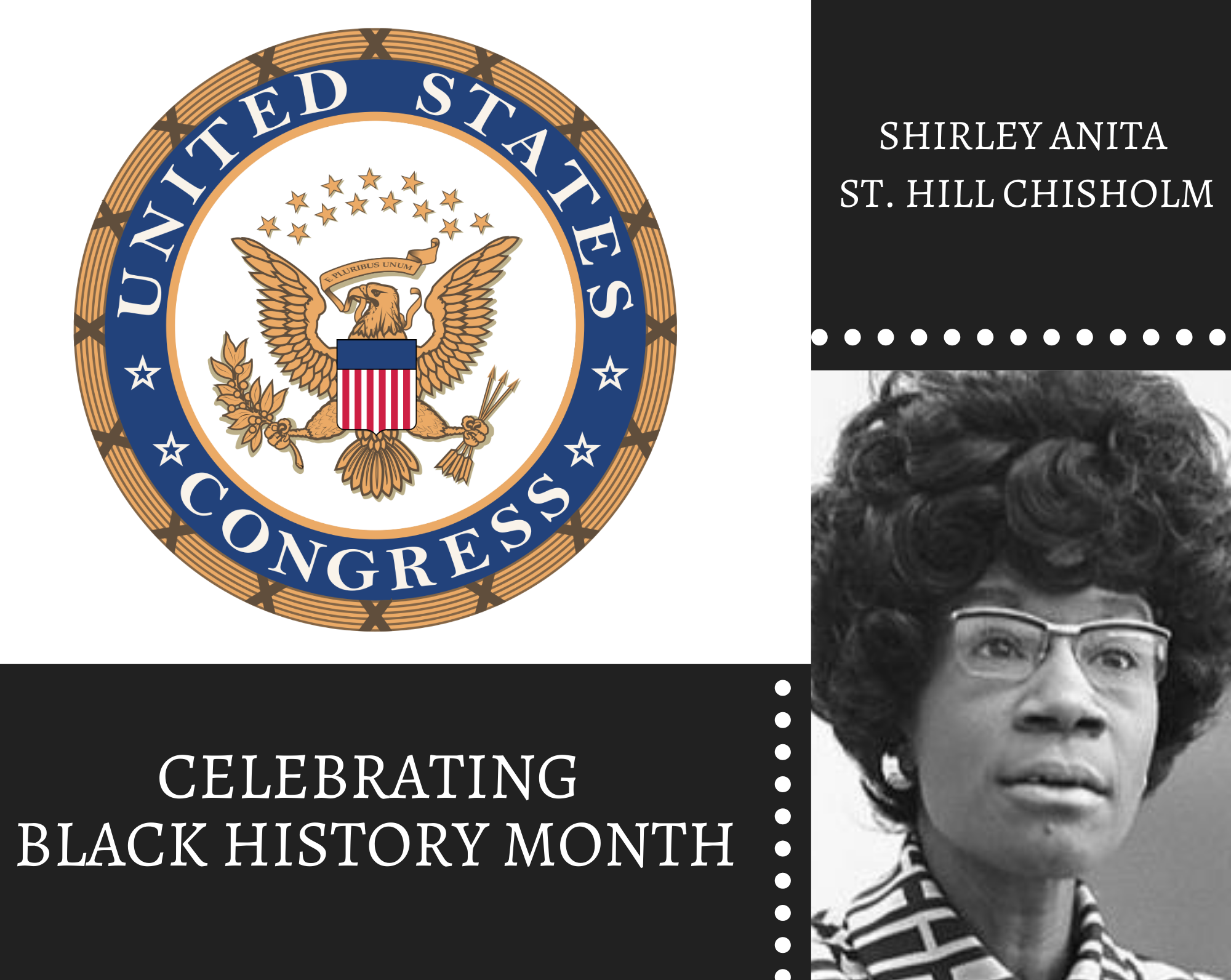 Shirley Anita St. Hill Chisholm (1924-2005) was the first African American woman in Congress (1968) and the first woman and African American to seek the nomination for president of the United States from one of the two major political parties (1972). Her motto and title of her autobiography—Unbossed and Unbought—illustrates her outspoken advocacy for women and minorities during her seven terms in the U.S. House of Representatives. In 1964, Chisholm ran for and became the second African American in the New York State Legislature. After court-ordered redistricting created a new, heavily Democratic, district in her neighborhood, in 1968 Chisholm sought—and won—a seat in Congress. There, “Fighting Shirley” introduced more than 50 pieces of legislation and championed racial and gender equality, the plight of the poor, and ending the Vietnam War. She was a co-founder of the National Women’s Political Caucus in 1971, and in 1977 became the first Black woman and second woman ever to serve on the powerful House Rules Committee. Chisholm retired from Congress in 1983.  Chisholm said, “I want to be remembered as a woman … who dared to be a catalyst of change.”