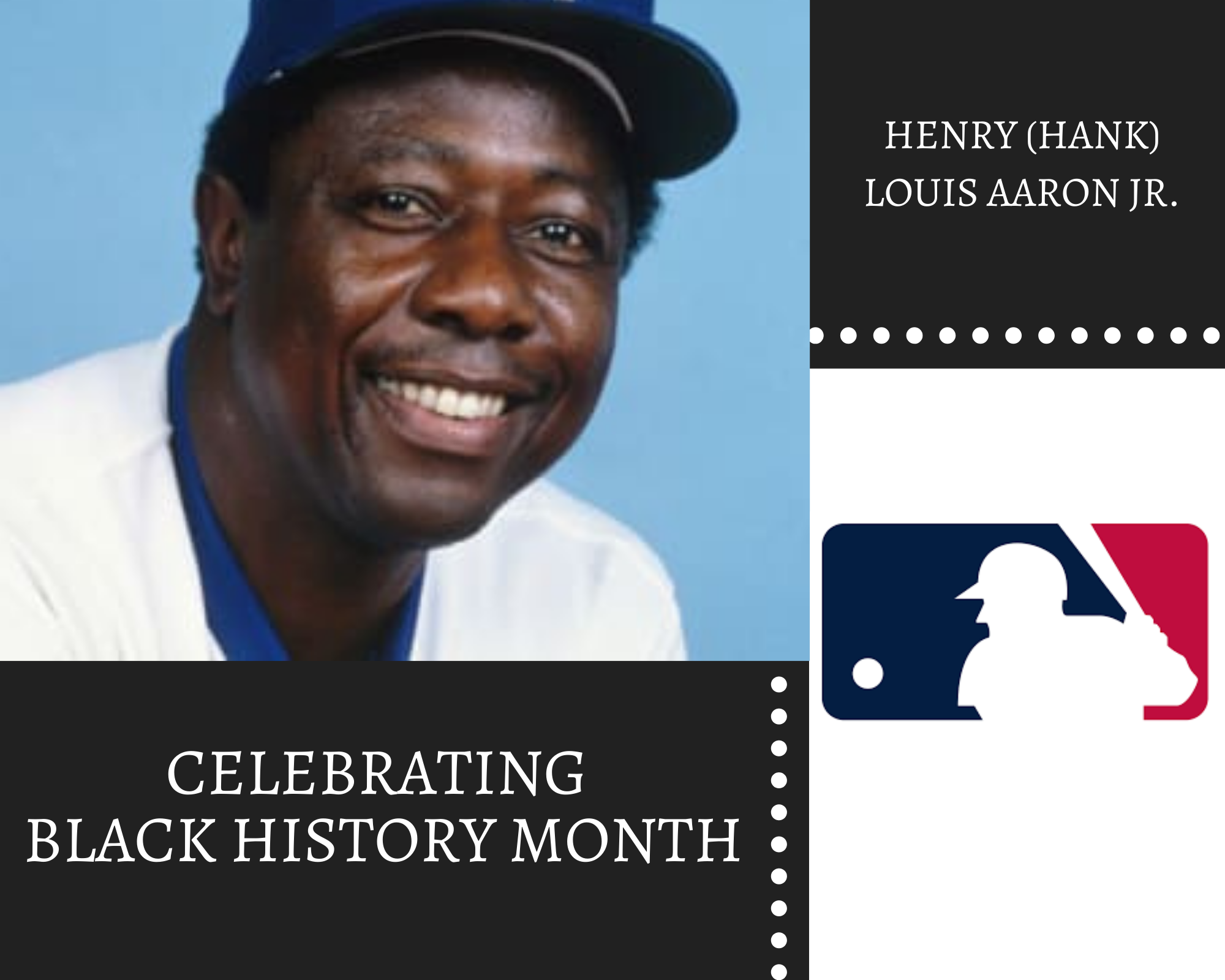 Henry (Hank) Louis Aaron Jr., was born in Mobile, Alabama in 1934. Aaron began his professional baseball career in 1952 in the Negro League. He joined the Milwaukee Braves of the major league in 1954, eight years after Jackie Robinson had integrated baseball. Aaron was the last Negro League player to compete in the majors. He quickly established himself as an important player for the Braves and won the National League batting title in 1956. The following season, he took home the league’s MVP award and helped the Braves beat Mickey Mantle and the heavily favored New York Yankees in the World Series. In 1959, Aaron won his second league batting title. Aaron is best known for breaking Babe Ruth’s record of 714 career home runs, which he established in 1935. On April 8, 1974, in front of a crowd of over 50,000 fans at Atlanta-Fulton County Stadium, Aaron hit his 715th career home run in the fourth inning of a game against the Los Angeles Dodgers. Sadly, in the months leading up to the new record, Aaron received piles of racist hate mail and death threats from those unhappy about seeing the Babe’s record broken, especially by a Black man. Aaron, who played for the Milwaukee Braves from 1954 to 1965 and the Atlanta Braves from 1966 to 1974, spent the final two seasons of his 23 years in the majors with the Milwaukee Brewers. When he retired in 1976, he left the game with 755 career home runs, a record that stood until August 7, 2007, when it was broken by Barry Bonds of the San Francisco Giants. Aaron still holds the records for most career runs batted in (2,297), most career total bases (6,856) and most career extra base hits (1,477). After retiring as a player, Aaron became one of baseball’s first Black executives, with the Atlanta Braves. He was inducted into the Baseball Hall of Fame in 1982. Aaron died on January 22, 2021 at age 86.