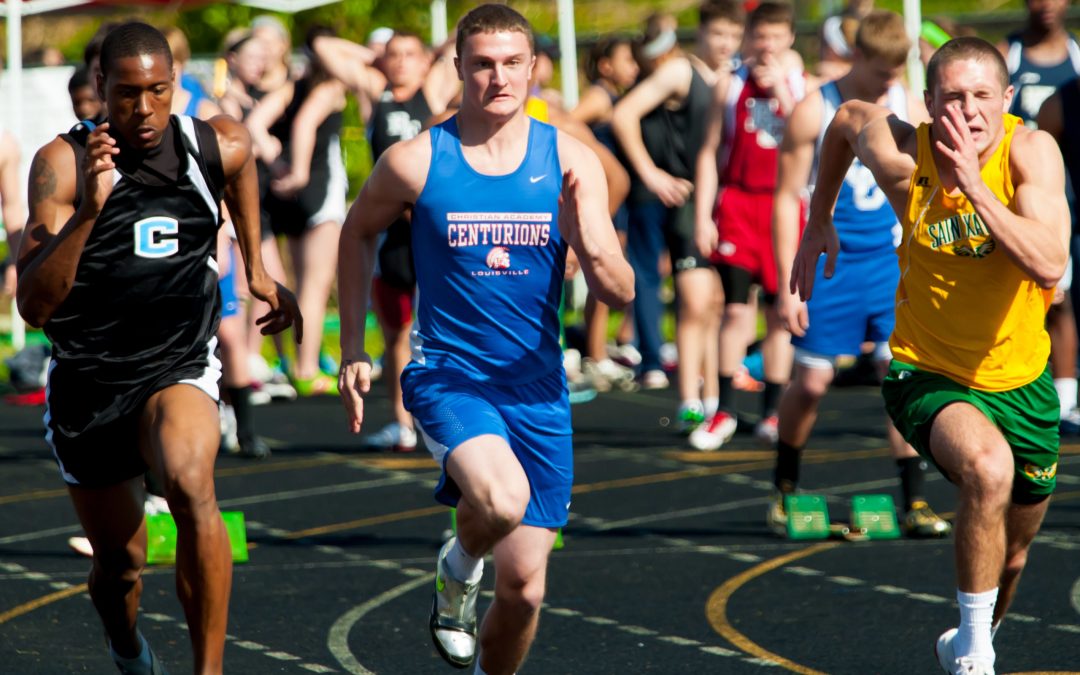 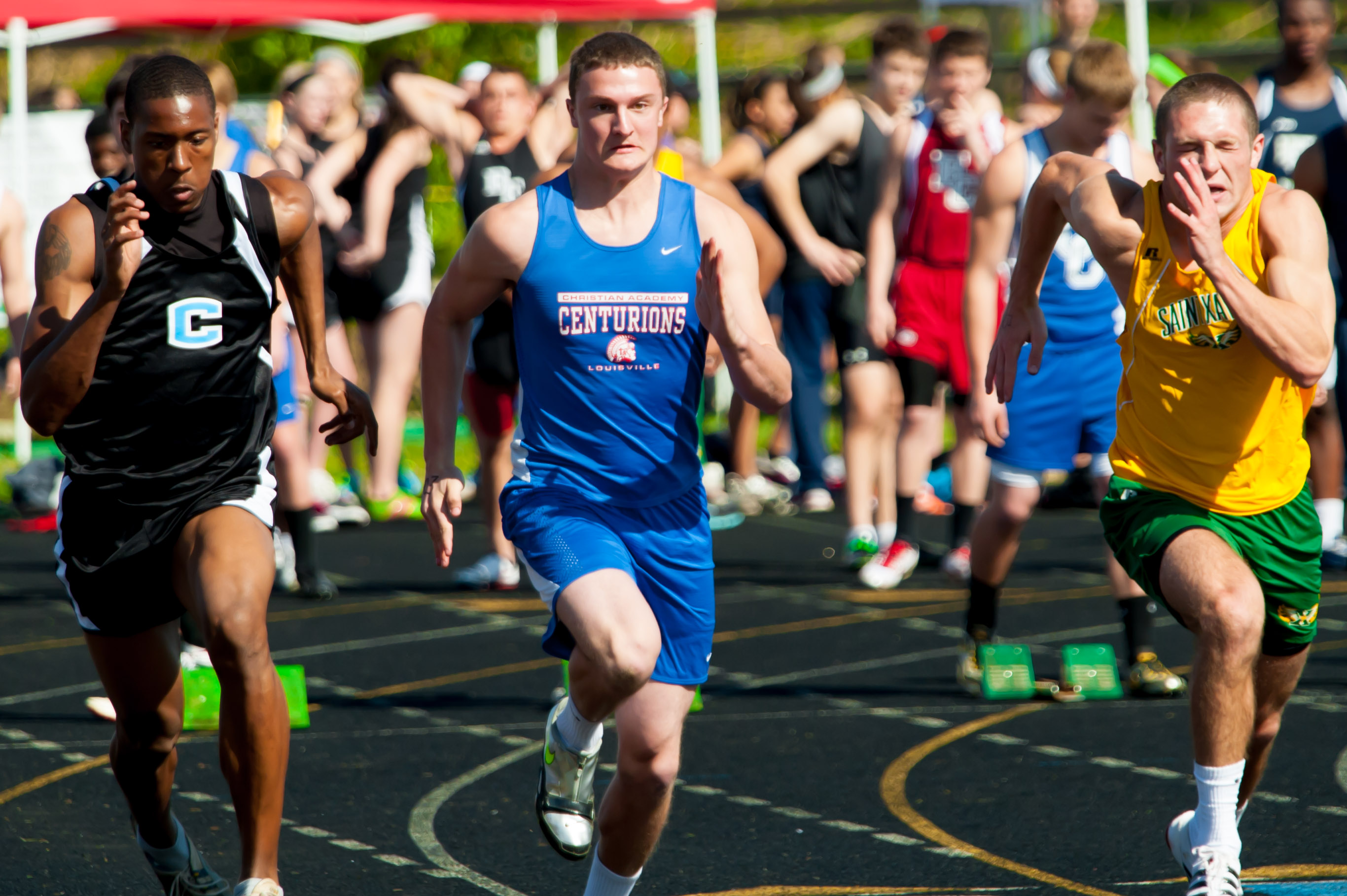 CAL hosted the 5th annual Harry Greschel Invitational, one of the largest track meets in the state.  CAL’s Hannah Herd won the elite 5K held the evening before the meet, awarding her the 11th fastest time in the country for high school runners.  The highly competitive invitational produced state leading marks in 6 girls’ events and 7 boys’ events.

Twenty four of the toughest squads in Kentucky came to the campus for the meet.The competitive weekend began with the KYtrackXC.com 5K Showdown onFriday,where national level marks were turned in by the elite runners.

A 5000 meter track competition was included in the meet in 2011, but by picking up a race sponsor the website KYtrackXC.com, the race attracted a stellar field. Christian Academy had two runners invited to participate in the field – freshman Hannah Herd and senior Jenna Gipperich. With great support from the home crowd, Hannah stayed in the lead pack of six runners during the early portion of the race.At 4000 meters, Butler’s Rose Jolly tried to break away, pulling Hannah and Erin Edmundson of North Oldham away from the pack. With 500 meters to go, Edmundsonmade a bid to take the race, but could not shake Hannah. Hannah waited until the final homestretch to seize the lead and powered away with agreat kick to win by 1.5 seconds.Her time of 19:24.73 is currently the 11th fastest time in the country for high school runners! Recent Mercer signee Jenna ran a very well paced race and was rewarded with a PR of 20:48.80. It was an incredible atmosphere, but unfortunately the weather postponed the boys race until Saturday morning at 8 AM, before the rest of the invitational. The early risers were rewarded with the opportunity to see some of the best high school competition in the country, headed by local runners – junior Jacob Thomson of Holy Cross and sophomore Patrick Gregory of Butler. The pair both broke the 15:00 barrier, to put themselves on top of the national list for 5000 meters. Thomson won the race with an outstanding time of 14:49, to Gregory’s 14:57. 6 of the 10 fastest times in the country so far this season, were recorded in the race. It was an incredible way to start the Harry Greschel Invitational.

The Manual girls and St. X boys, won the team competitions. The Lady Centurions finished a solid 11th place in the team standings, which could have been higher, but the elite 5K was a non-scored event toward team scores. The boys fought hard to finish 17th, among some of the toughest track & field teams in the state. Relays led the way for the girls,as they scored in 3 of the 4 relays.After running grueling 5K’s the previous evening, Hannah & Jenna bounced back to run the 4×800 relay. They were joined by Alli Lawson and Sarah Burnett, to runa seasons best 10:27 and place 4th. Kenzie Dannelly, Chalisa Helm and Sophie Schulz teamed upwith Nicole Athanasakes (4×200) & Kate Joss (4×100), to bring home a pair of 5th place finishes. Chalisa added a third 5th for the day in the 100 meter.Tessa Sipe placed in both hurdle events, while Lilli Popovich threw a personal best 77′ 1″to place in the discus.The boys team earned all their points in the pole vault, with Drew Shadburne placing 4th and Steven Rowland 6th. Earlier in the week, Drew broke the school record in the pole vault, by clearing a height of 10′ 7 1/2″.

As well as the team performed in the competition, the real opportunity to be a light for Jesus, was in hosting the event. Many of the coaches,athletes and fans, expressed great appreciation for the well run event.It took the effort of all those associated with the program and the great support of the school, to pull off a meet that has grown to approximately 1200 athletes. The individual Christian Academy athletes,each have been assigned participating schools for which to pray for the remainder of the season. Also, many of the teams brought shoes to donate for Edge Outreach. Thanks to all who helped!