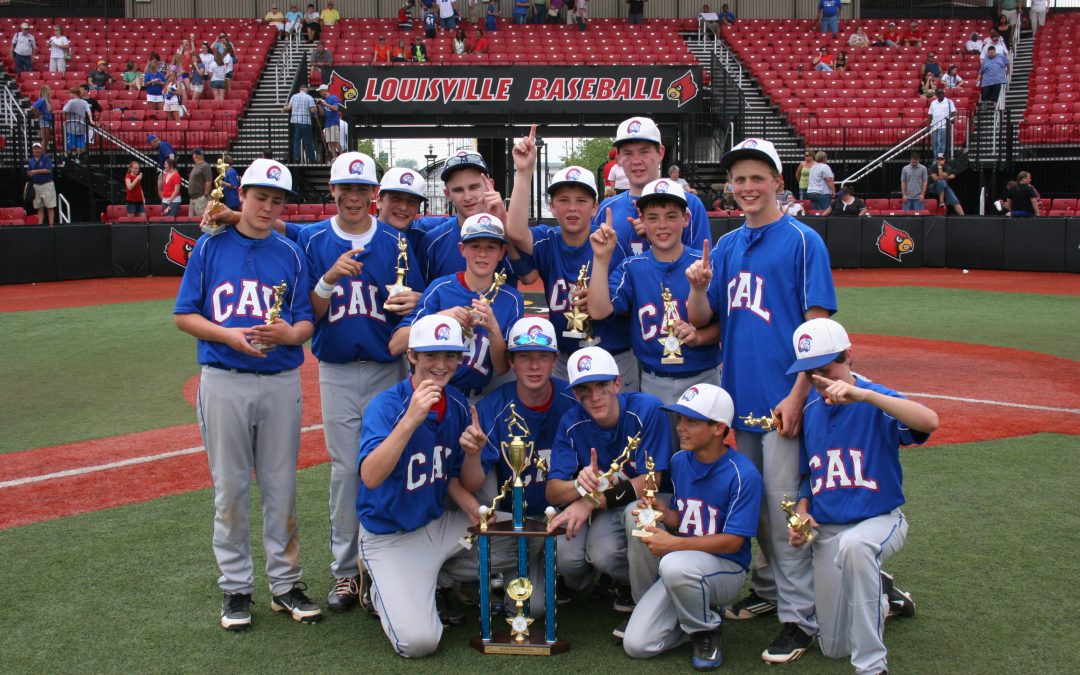 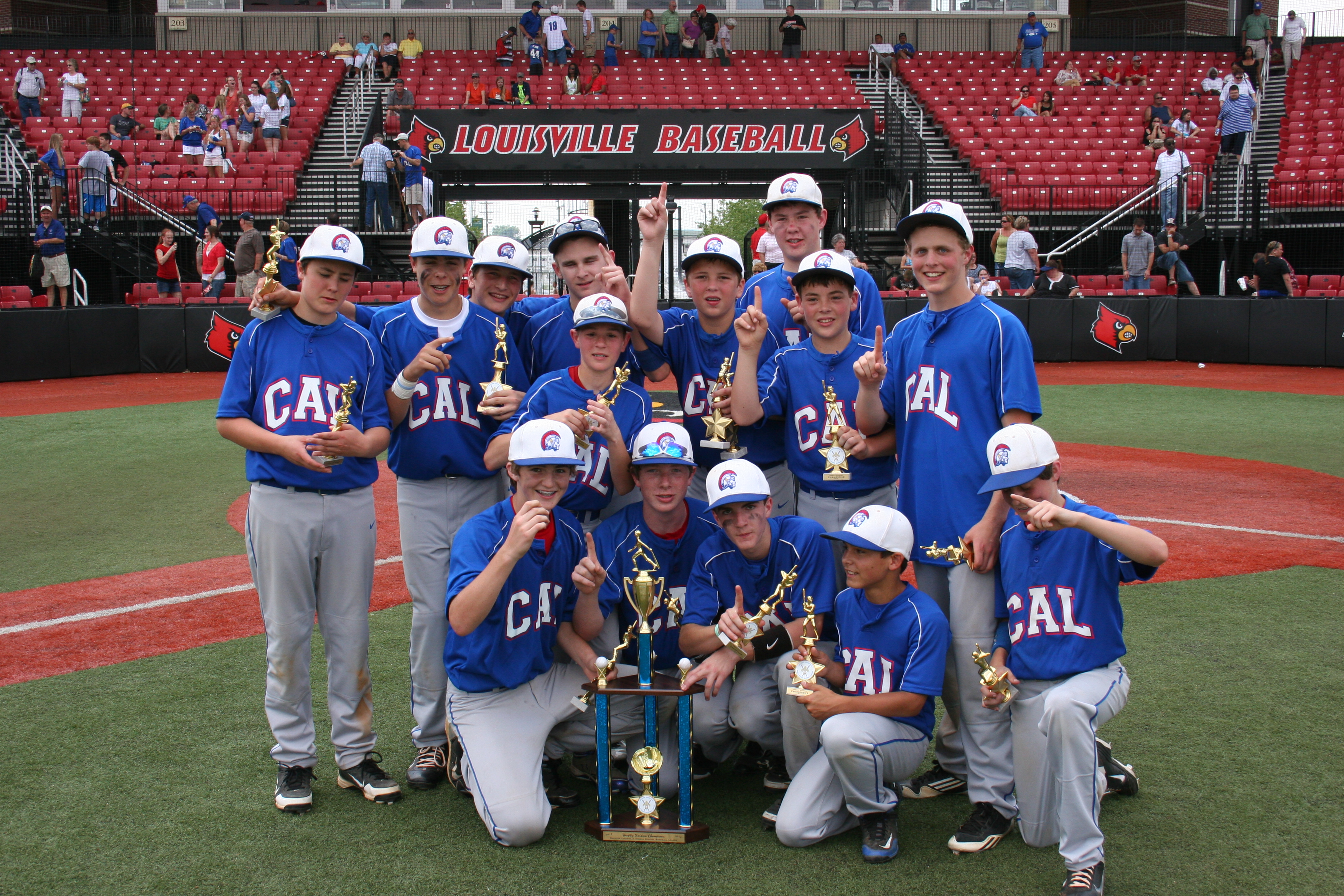 The game was played this past Saturday, May 19, at the University of Louisville’s Jim Patterson Stadium.
With the Centurions trailing 2-1 entering the bottom of the fifth inning, Paul Haupt led off with a single to left. Clay Davis was hit by a pitch and after Johnson replaced pitchers, Scott Wright singled to center to load the bases with no one out. CAL tied the game at 2-2 when David Parks hit into a force play at second base, scoring Haupt from third. Parks stole second, but Evan Wilson grounded into a fielder’s choice when the shortstop threw home to retire Grant Harmon (running for catcher Davis) at the plate for the second out of the inning. Parks advanced to third on the play.

Wilson stole second and Derek Holland walked to load the bases with two outs. Luke Price then grounded a single into centerfield on an 0-2 pitch to give the Centurions the 3-2 lead in what proved to be the final margin.

Centurions hurler Dylan Sexton pitched a terrific game, going the distance, scattering seven hits over seven innings, walking only one batter (an intentional walk) and striking out five. He retired 12 of the last 13 batters he faced in the game. The game ended with Haupt making a spectacular catch on a short fly into left field, catching the ball with outstretched arms and on the run with his back to homeplate.

Johnson scored first in the game, plating two runs in the top of the second inning and holding that 2-0 lead through the middle of the fourth. CAL got on the board in their half of the fourth inning when Wright led off with a single to center and Parks sacrificed him to second base. Ben Viola drew a walk and Holland reached base when Johnson’s pitcher threw errantly to first base after fielding his bunt, loading the bases with one out. Garrett McIntire flied to left field before Blake Carlisle singled to center to score Wright with the Centurions’ first run.

The Centurions had qualified for the championship game by defeating Conway Middle School, 10-1, in the semifinals on Monday evening in a game played at Christian Academy. CAL never trailed in the game, scoring in every inning except the fifth and sealing the game with a big five-run sixth. Pitchers Scott Wright and Dylan Sexton combined on a no-hitter, striking out ten, as they kept the opposing team in check with Conway scoring their only run in the sixth inning after falling behind, 5-0.

CAL scored their 10 runs on only five hits, taking advantage of seven Conway walks and three hit batsman while converting five sacrifices in the game. The Centurions’ five-run sixth inning came without the advantage of a single CAL hit. Parks had two hits in the game for CAL with Carlisle, Wright, and Holland also collecting singles. Carlisle and Davis each had two runs batted in.

The CAL Middle School Varsity team finished the season 14-1, winning their final 13 consecutive games. Coach Steve Viola’s squad outscored their opponents, 106-38, over the course of the season. The two championship finalists made an inspiring statement at game’s end, meeting at the pitcher’s mound for a postgame prayer before the championship trophies were distributed.