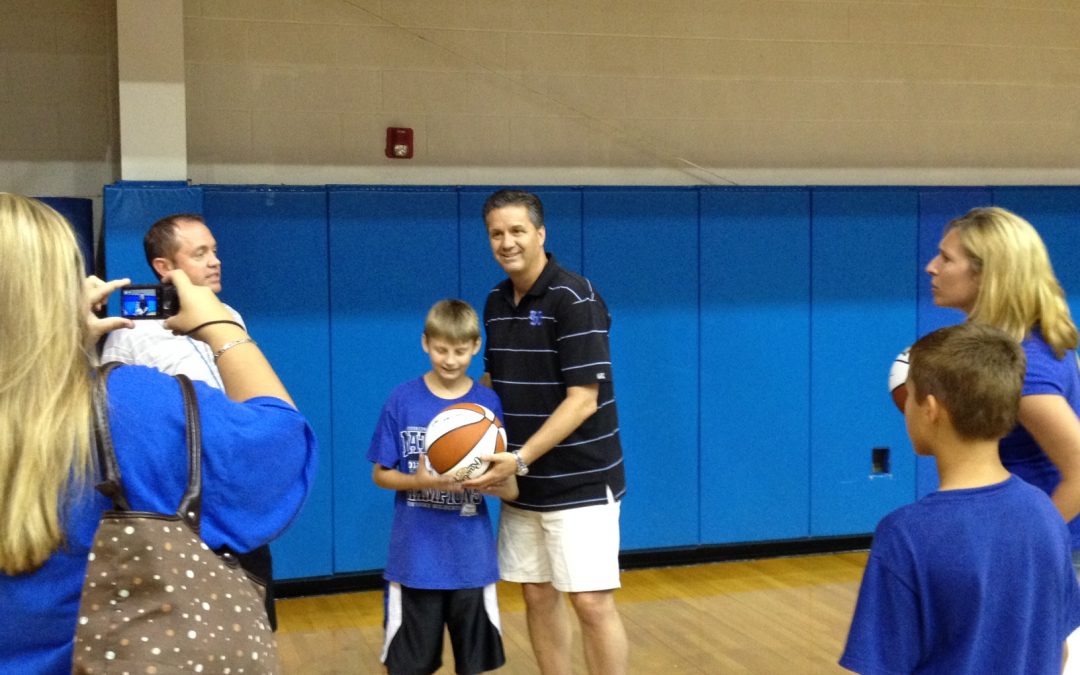 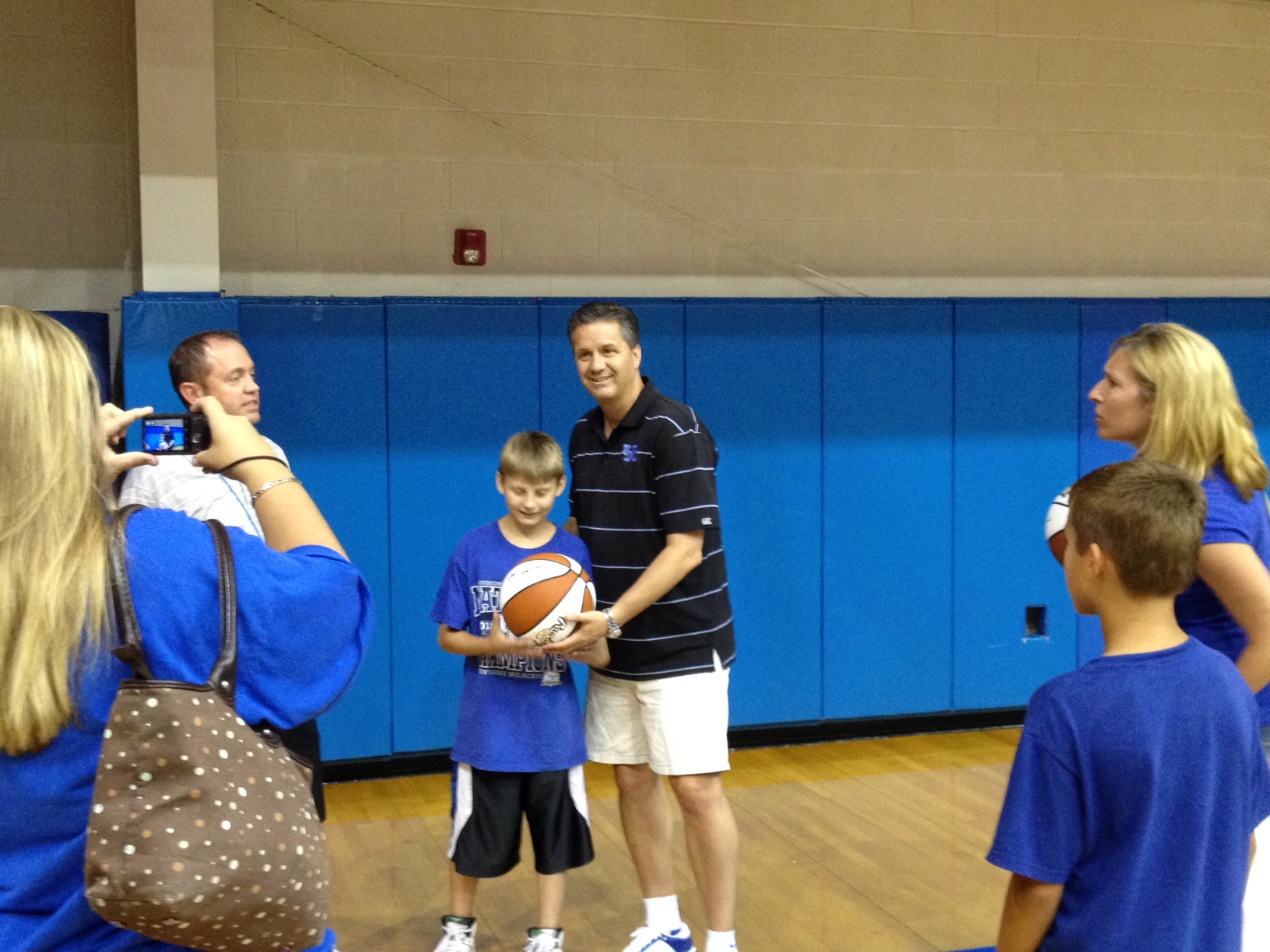 For the 3rd consecutive year, The John CalipariSatellite Camp Tour stopped and set up camp at Christian Academy of Louisville’s English Station campus. From Boone County to Bowling Green, the camp tour is making its way through the commonwealth during the month of June. The 2012 summer tour includes 9 stops throughout the state.

“This is really the only school we come back to every year. People ask us why we keep coming back to the same school and it’s because these kids are the best and really want to be here,” said Calipari.

Over 300 campers, grades K-12, filled CAL’s red and blue gyms to learn drills taught by UK Assistant Coaches, Kenny Payne and John Robic, as well as UK staff and players Kyle Wiltjer and Jon Hood. . “We do these camps so that we can spend time with the people throughout our state,” said Calipari. 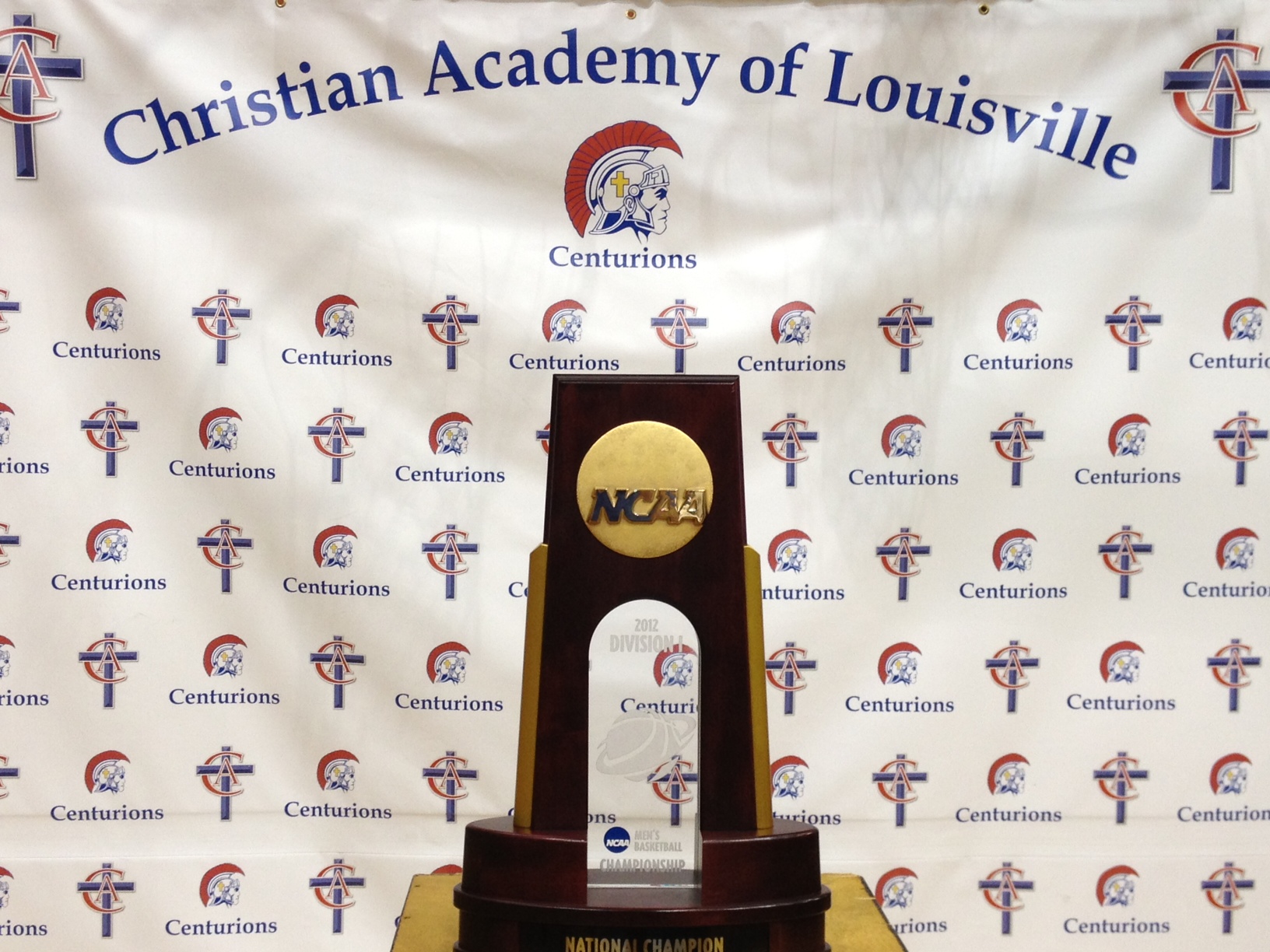 Hundreds of campers lined the perimeter of the Centurion’s blue gym to get autographs and pictures with Coach Calipari and the Championship trophy. “I’m not sure if these camps are more for the kids or the parents,” joked Calipari.

Coach Calipari offered encouraging words to campers and practical skills to propel them to be the next generation of Wildcat players. The Tour ends today with stops in Nelson County and Bowling Green.