Last Tuesday night, our 7th Grade Field Hockey squad earned CAL’s first-ever Field Hockey Championship with a thrilling 2-1 sudden-death overtime victory over Louisville Collegiate. Goalie Sam Minrath and the rest of the squad displayed grit, determination and perseverance; and despite an onslaught of Collegiate pressure throughout the game, our girls found a way to win!

The game winning, overtime blast from the top of the circle by Alex Walker was a familiar site to CAL’s season-long fans as her shot deflected off a Collegiate stick, went airborne and stretched the net. The winning assist goes to Rachel Proffit, who executed a perfect, crisp insert on the play. And,Jamie Wright’s driving feed to a fast-breaking Claire Thomas led to the winning corner play, as Thomas was fouled as she attacked the goal.

For most of the game, Collegiate mounted attack after attack with frequent penetrations into CAL’s defensive circle and numerous penalty corners. But, on all but one late third quarter attack, Minrath and CAL defenders put up solid…often scrambling and diving…efforts to repel each attack. Minrath’s aggressive and heady play kept CAL in the game, and without her skills, our girls would not have been in position to win the game.

In the second quarter, CAL scored the first goal of the game on a corner play, following a sustained attack in the circle. After Proffit’s insert, Collegiate blocked our first two shots, but Claire Thomas was well-positioned on the far post, picked up the loose ball and lifted it into the goal! CAL took a 1-0 lead into the halftime break.

Throughout the second half Collegiate defended every CAL attack with tremendous speed and stick skills, and found frequent success reversing the flow of the game. On one such reversal at the end of the third quarter, Collegiate managed to get the leveling goal. 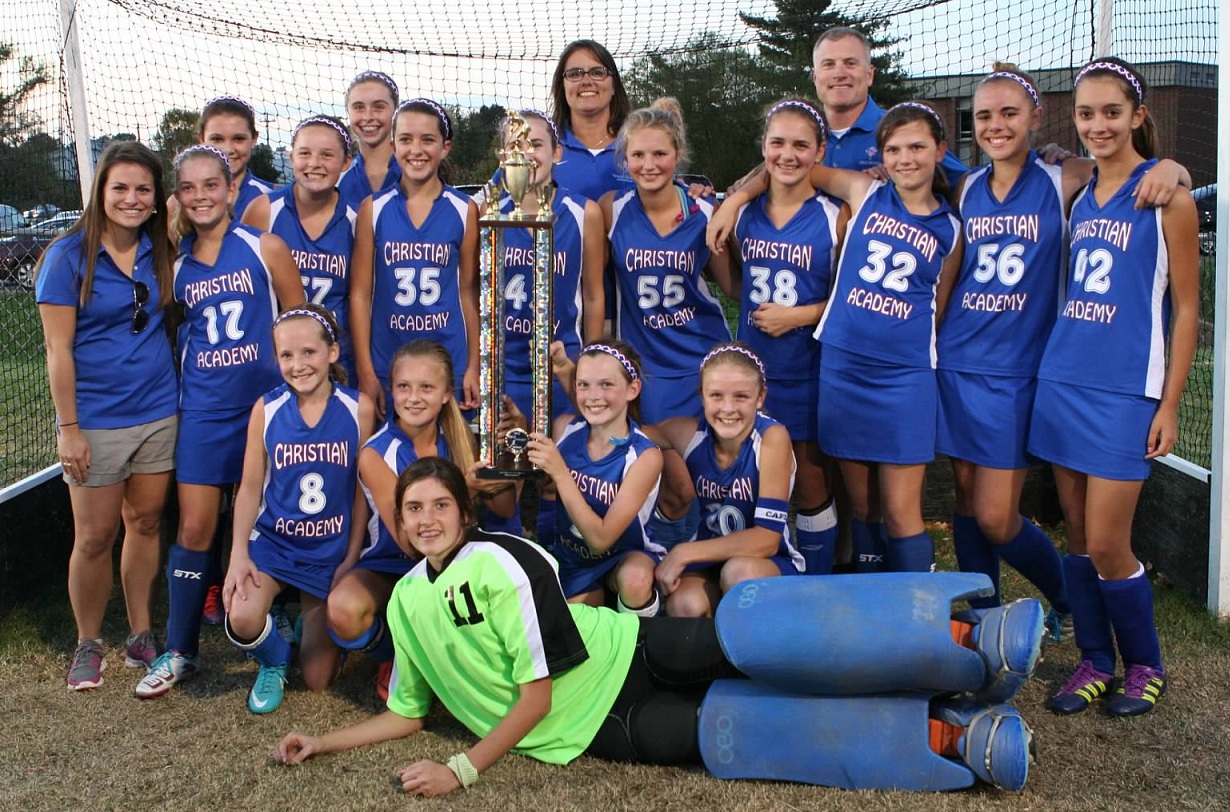 An always hustling Claire Thomas, determined mid-fielderKelsey Koetsier, staunch defendersMackenzie Mellen,Tori Haygood,Emily Warlick,Adelaide Ensor and Rachel Proffit all delivered numerous stops, aided by mid-fielders Alex Walker, Jamie Wright, andNicole English. Game and season contributions byIsabel Lytle, Elise Stivers,Anna Lee Holland,Anna Gillespie, and Sloan Redding, and of course Sam Minrath made this game, and this season, a very special experience for our girls. This is now a memory that our girls will hold for the rest of their lives!

All of the CAL parents and families congratulate our team, including coaches Tom Walker, Christy Minrath, and Ellen West. The love they gave, and the discipline they instilled in each of our girls add to the Christ-centered foundation being built at CAL. Thanks to all; and Soli Deo Gloria!