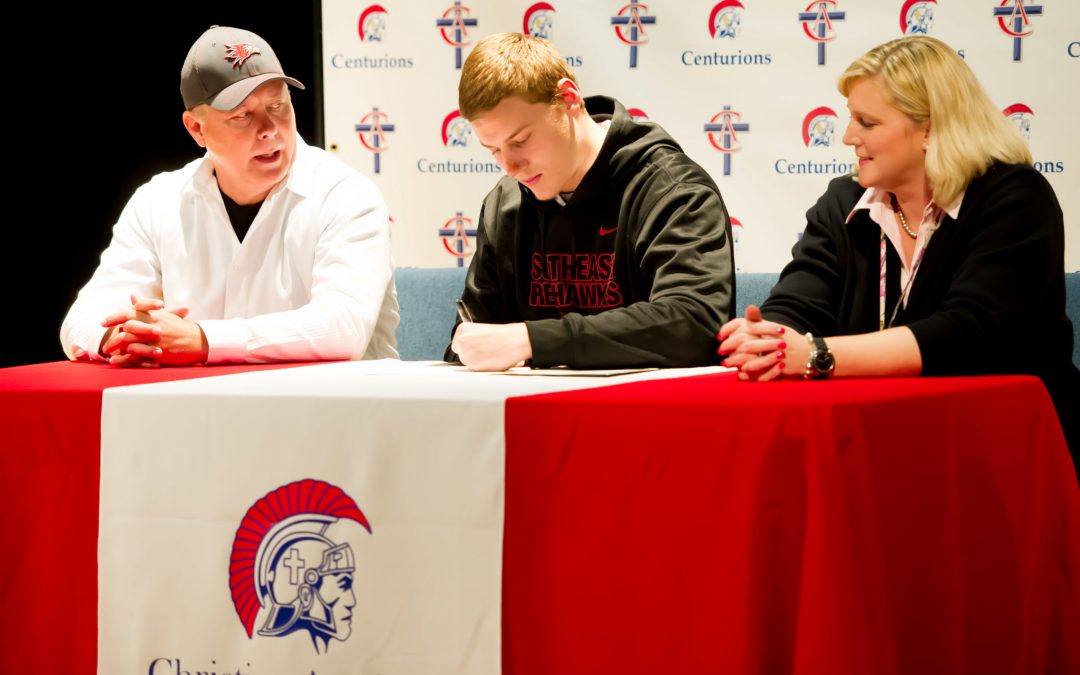 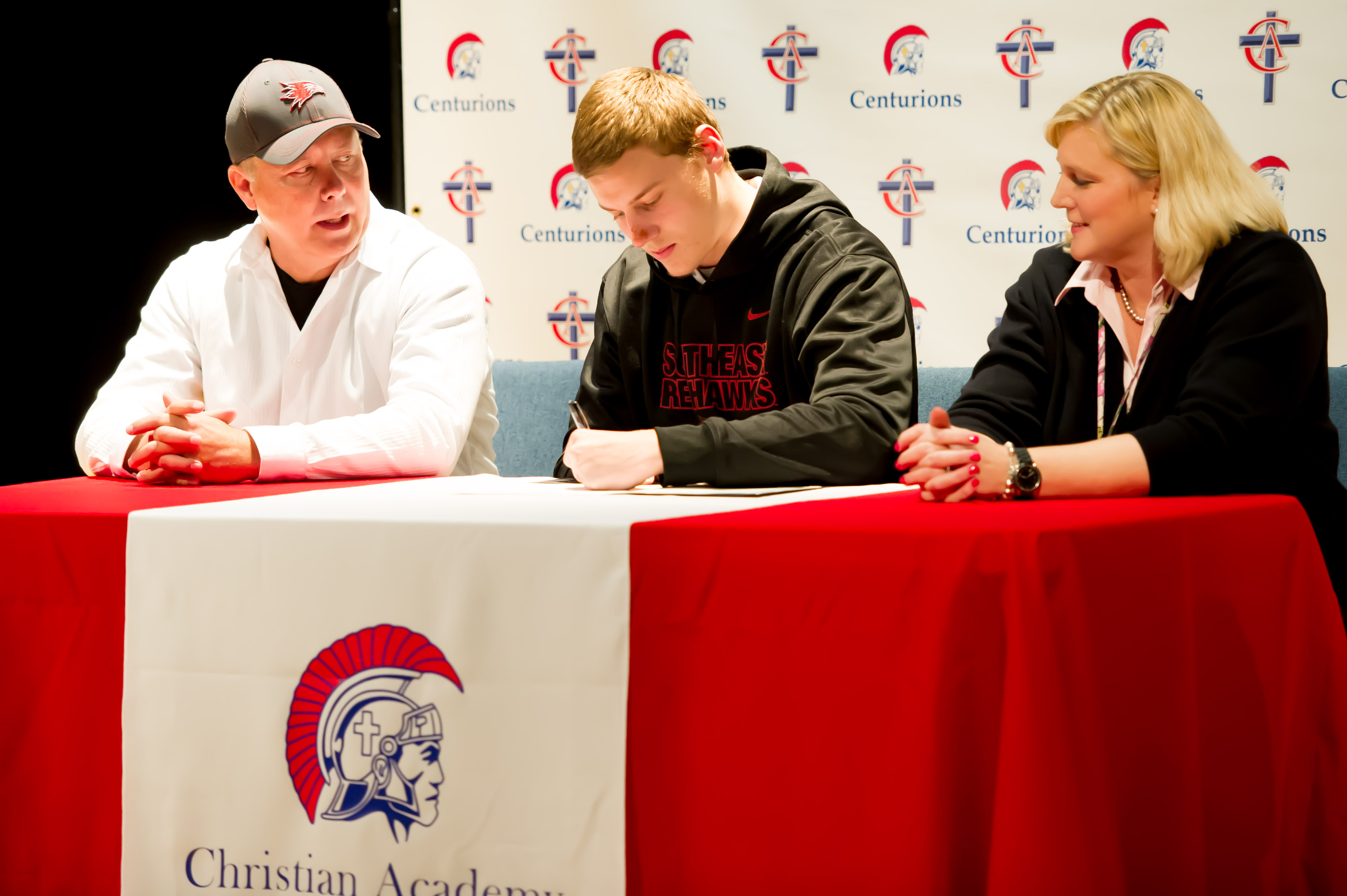 “SEMO is extremely lucky to have you,” said CAL head football coach, Stefan LeFors. “When I think of Chad, I think of his energy. Energy just pours out of him and it’s contagious. All the football accolades Chad has received don’t compare to the person he is off the field. It has been a pleasure and honor to coach him.”

Chad’s parents, Neil and Amy Meredith, thanked coaches, teammates, family, and the CAL Athletic Department for their support. “This is a great day for the Meredith family,” said Mr. Meredith. 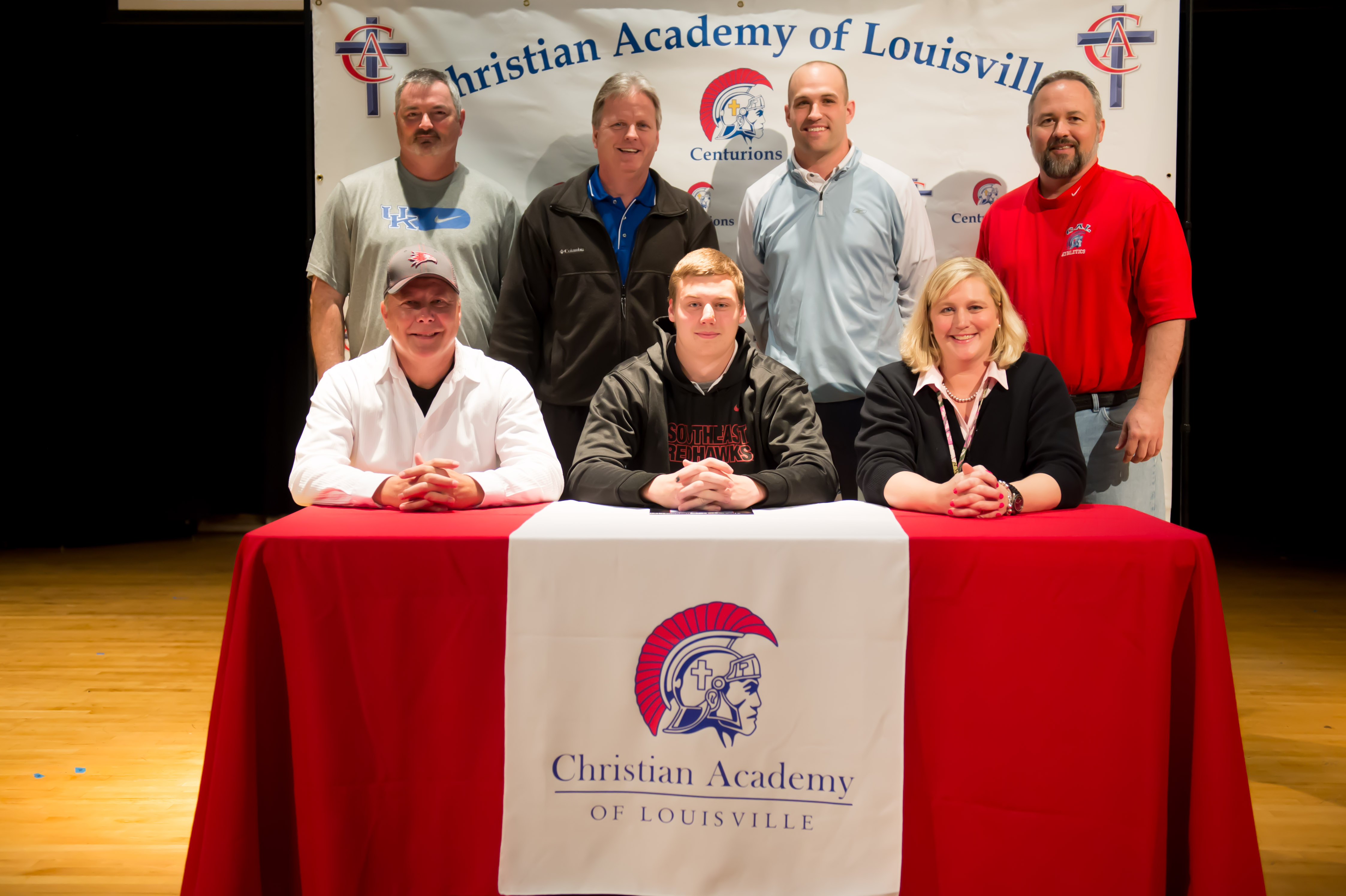 Football has always been a part of Chad’s life. He has played football since 2nd grade at CAL. His football achievements include 2012 Class A District 4 Preseason Player of the Year, 2012 Blue Chip Football Academy Top Linebacker Award, 2012 Team Captain, 2011 All District Team, 2011 Team Defensive MVP.

Meredith thanked his coaches and teammates for their influence and developing him into the player he is today. Chad looks forward to playing for the Redhawks next year and plans on majoring in Business or Athletic Training.
The signing ceremony was closed in prayer by teammate, Hunter Trenaman. 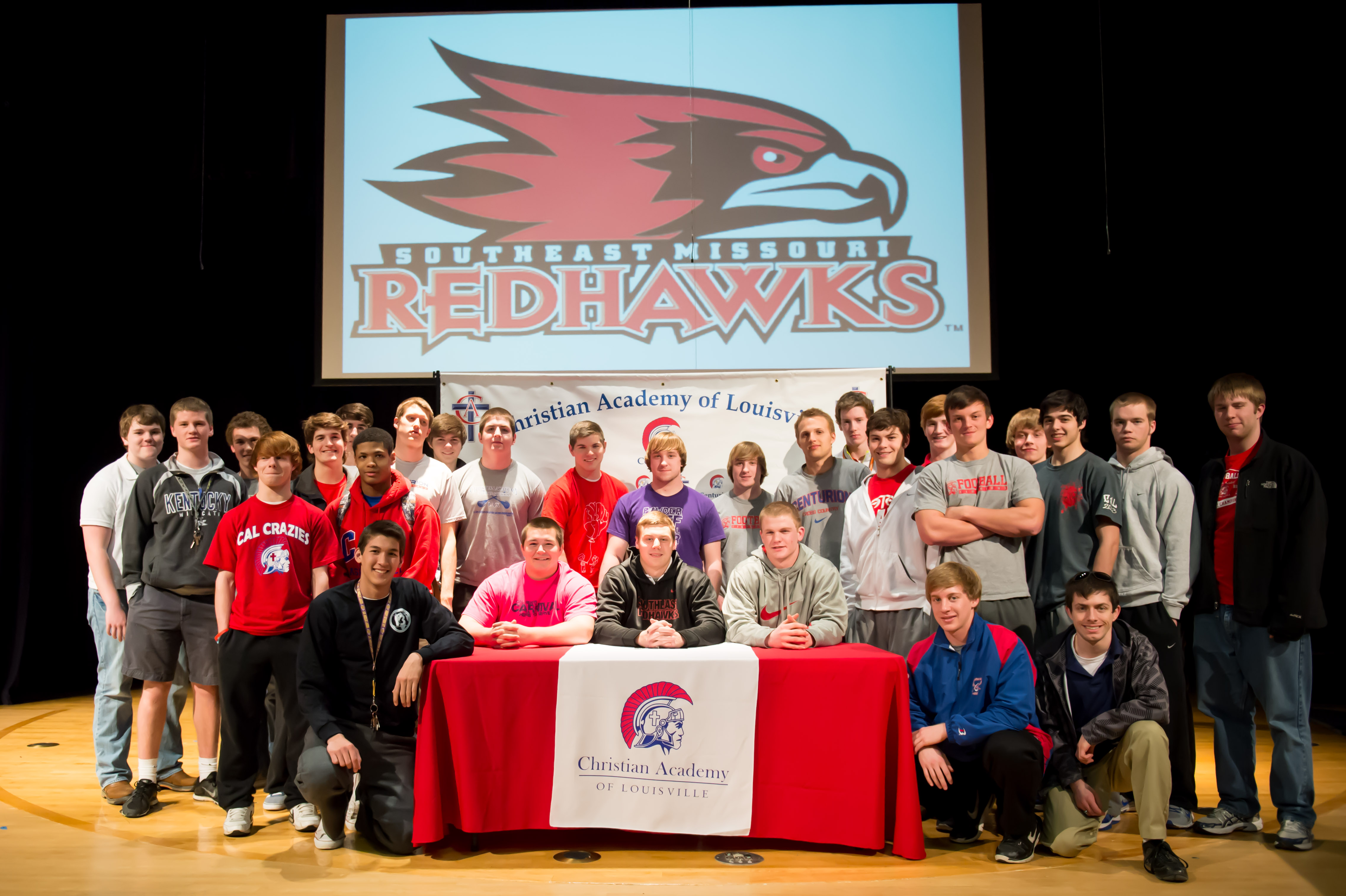