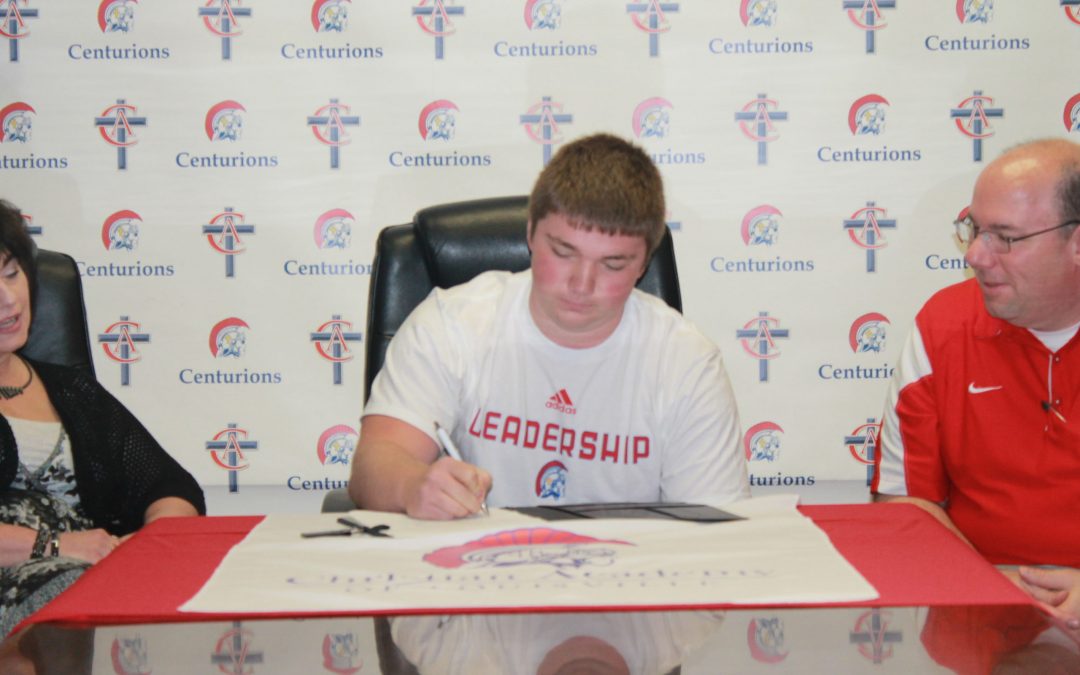 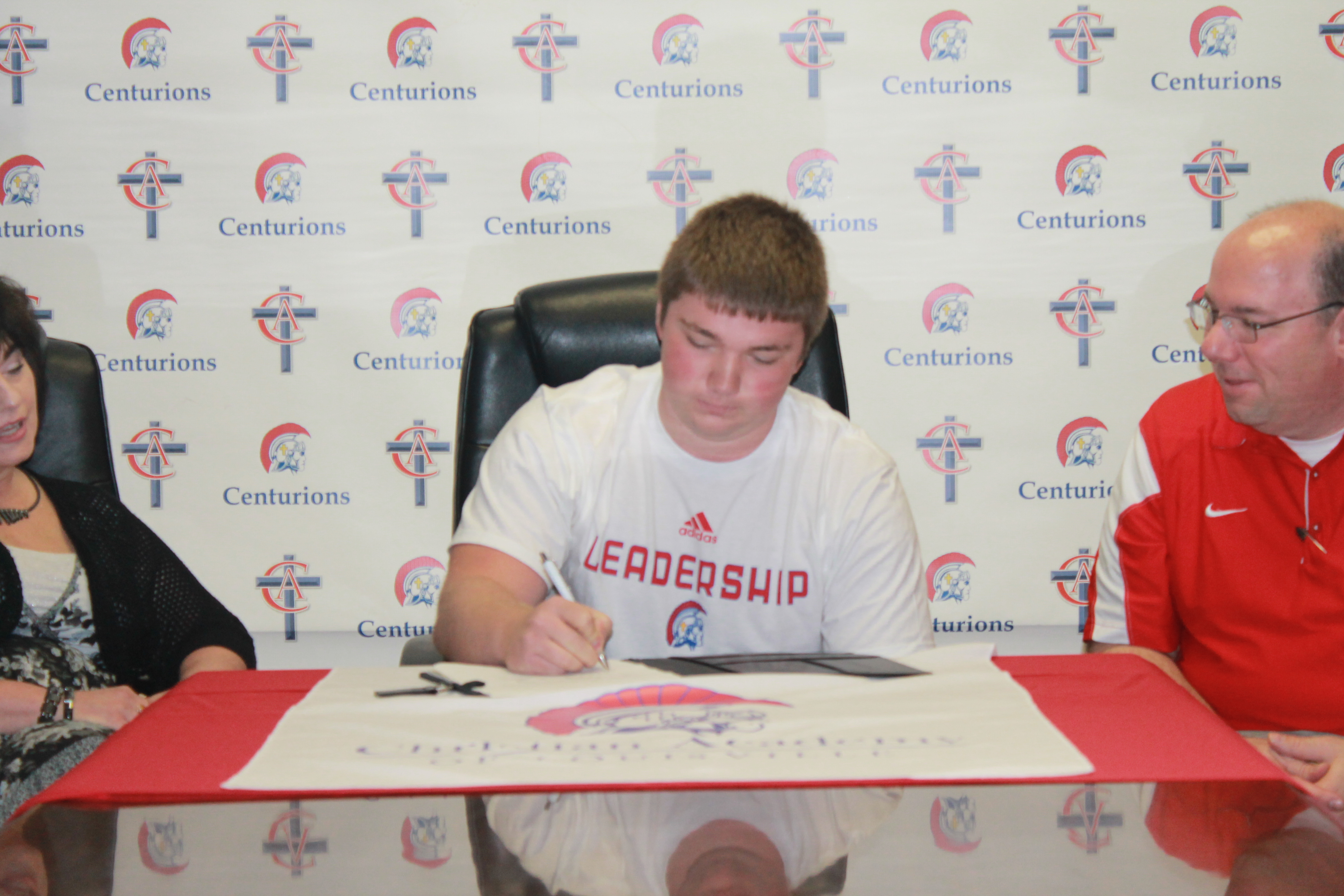 Senior, Andrew Packer, celebrated the last day of his senior year by signing a letter of intent to play football at Thomas More College. The signing ceremony was opened in prayer by Director of Athletics, Darin Long.

Andrew transferred to CAL his junior year and has played football since the age of seven.

“Andrew and I arrived on campus at the same time. He was a part of my first class and will always have a special place in my heart. Packer had an immediate impact for us on the field as our starting center. His toughness and willingness to play through a nagging shoulder injury the past two seasons did not go unnoticed,” said head CAL football coach, Stefan LeFors. 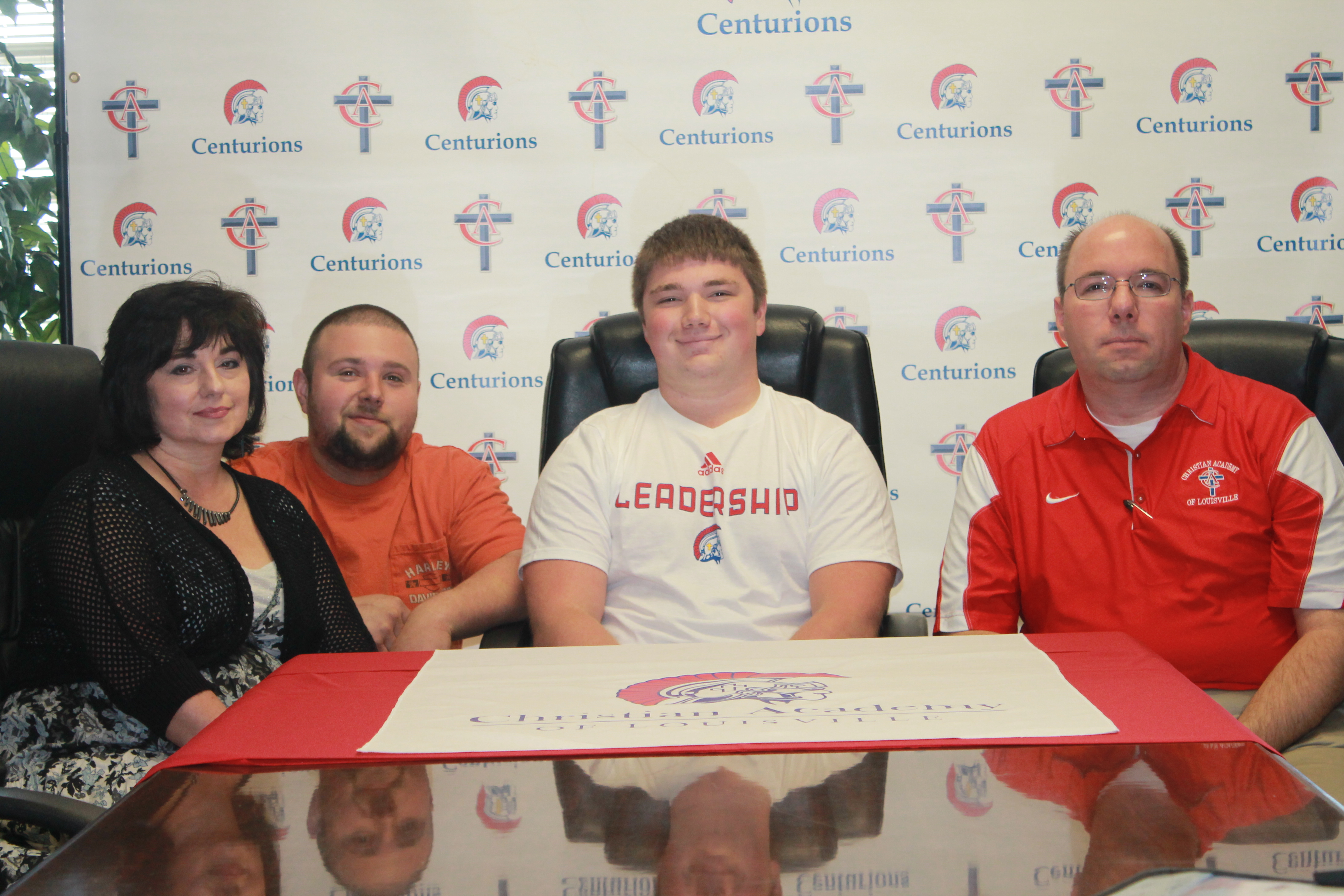 “Two years ago when we sat down to discuss switching schools we felt like CAL was a good fit. CAL was the perfect place for Andrew. We are thankful to CAL, the athletic department, and Coach LeFors for their support in helping Andrew play at the next level,” said Ed Packer, Andrew’s father.

“We have been welcomed by everyone here, especially the seniors on the team. We feel like we have a family at CAL. Our experience has been phenomenal and we are excited to watch him at Thomas More,” said Andrew’s mother Teresa Packer. 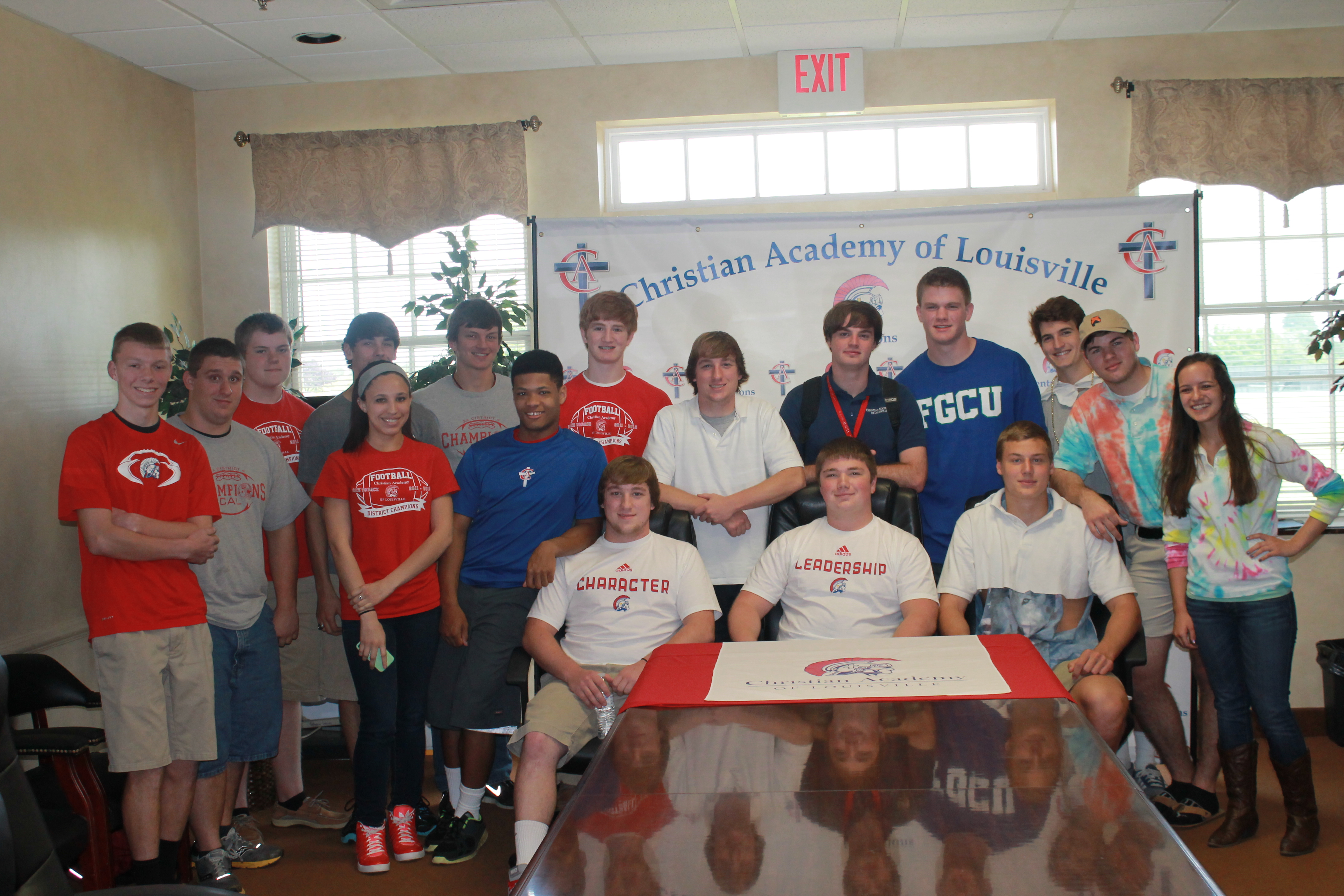 Andrew thanked his teammates and friends for accepting him. He also thanked Coach LeFors and Coach Lile for teaching and developing him as a player. “It’s been a good ride,” said Andrew.

The signing ceremony was closed in prayer by teammate, Austin Chelf. Andrew looks forward to playing for the Saints and plans on majoring in physical therapy.