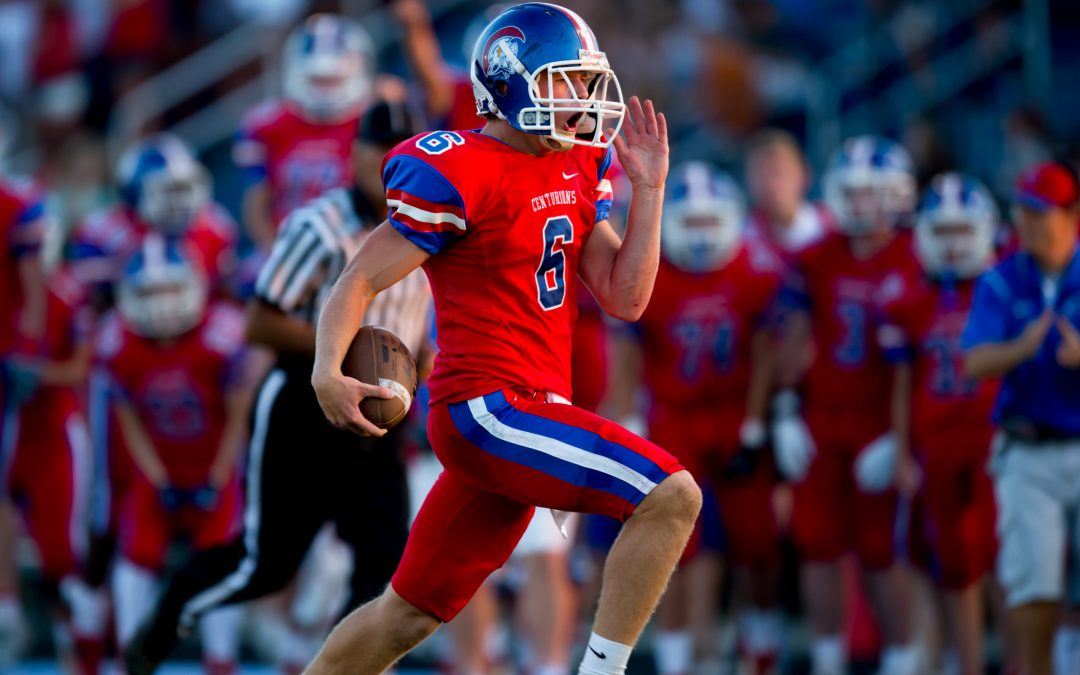 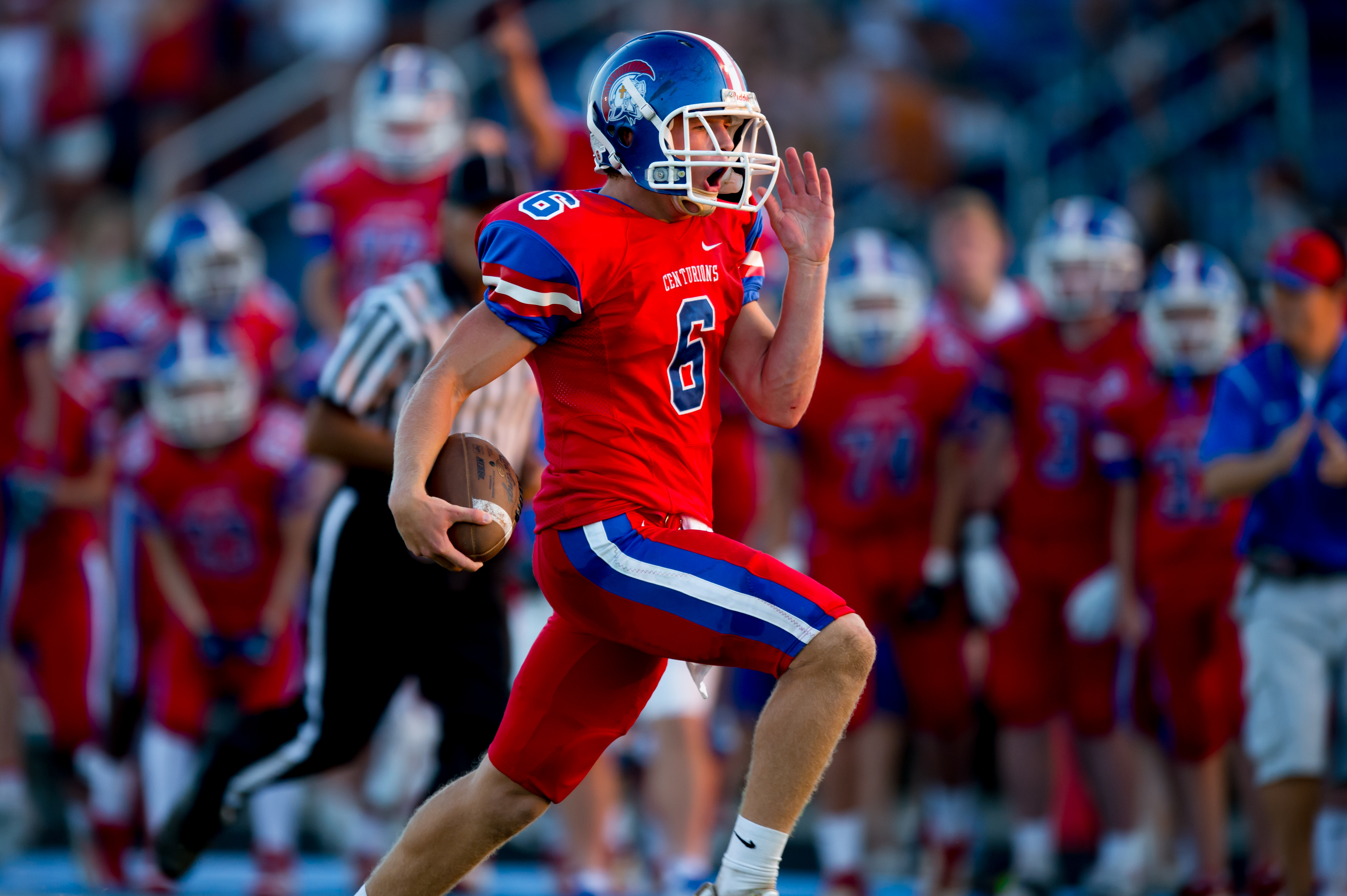 Football began the 2013 season at home, playing Lexington Christian for the Asbury Trophy. In a matchup that has been decided in the final minutes each of the last two years, this year’s game was dominated by the Centurion thunder on the defensive line and the lightning from the secondary.

Zach “Bonecrusher” Page led the stonewall in the middle, flanked by new faces freshmen Jake Paulson and and Michael Lagestee. Chad Lewellyn and Zac Passafiume cleaned up the edges garnering the tackles. The Eagles went three and out on their first three possessions, gaining only 15 total yards on the ground.

After trading possession of the football a few times, CAL opened up the scoring on a beautiful 38-yard touchdown pass from Nathan Christmas to Chad Lewellyn. Christmas sent the ball to the middle of the end zone as Lewellyn was turning to make his break. CAL celebrated the perfect timing of the play with a perfect PAT through the uprights from Nathan Bader for a 7-0 lead.

The defense returned to the field with electricity in the secondary. LCA went to the air for only the second time of the game, and Nate Smith went to the ball and took it from the sky and ran it back to the end zone. Suddenly, the LCA bench sat back shocked from the sudden 14-0 deficit. 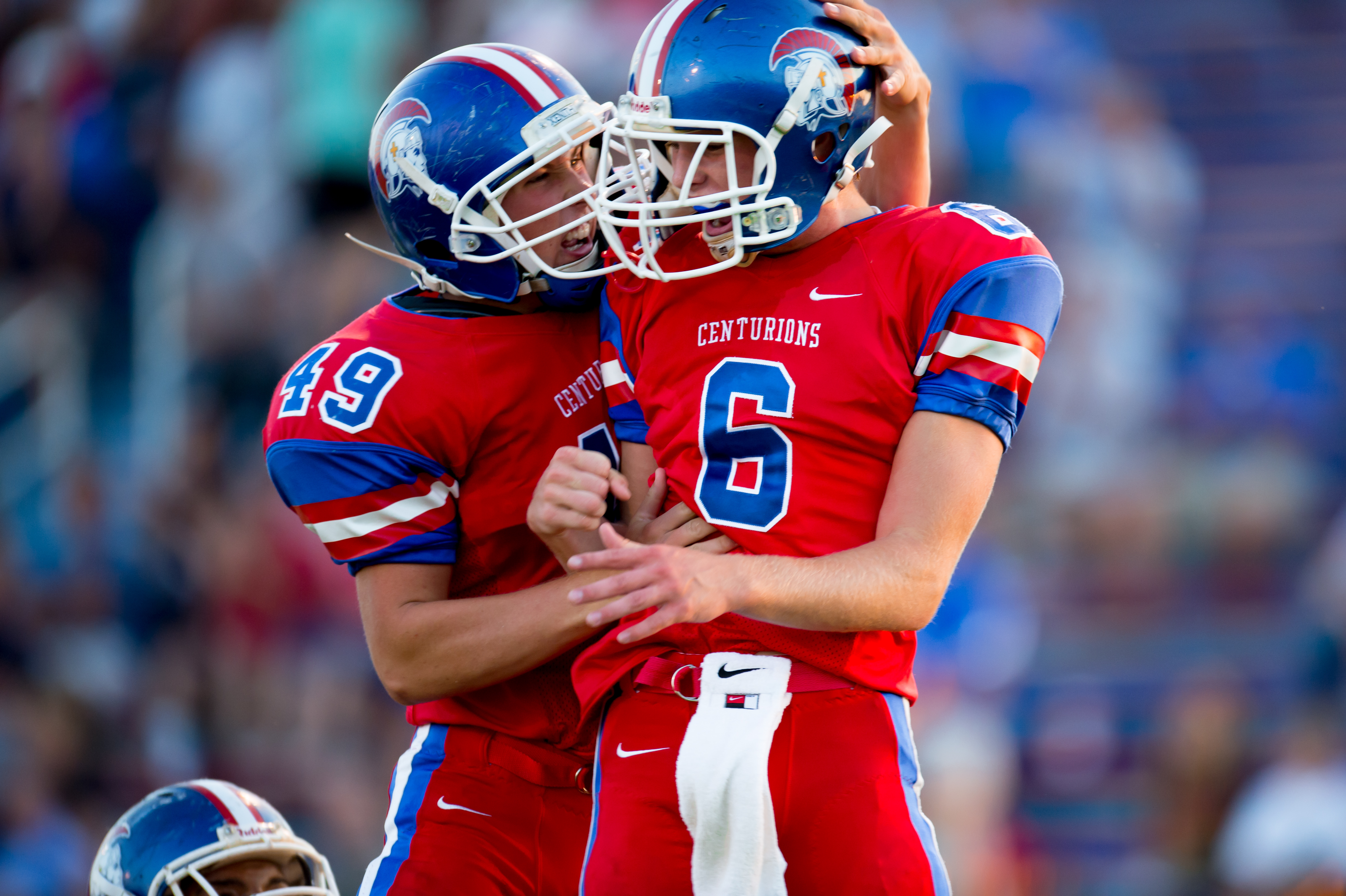 Bader added a 25-yard field goal in the second quarter for 17 CAL first half points. LCA mustered a defensive touchdown and a rushing touchdown to bring the score to 17-13 at the half, but the second half belonged to the Centurions.

Lewellyn struck the Eagles’ heart with an interception on the first play of the second half. Both defenses battled hard, producing a scoreless third quarter for the offenses. CAL extended the lead, though, with a Passafiume interception returned to the end zone. Early in the fourth, the CAL offense put another stamp on the dominance with a 6-yard touchdown run behind an offensive line led by seniors Peyton Griffee and Blake Catron. Payne earned a second six-pointer on a 5-yard touchdown run later in the quarter to finish the scoring at 38-13.

The CAL defense and special teams extended last year’s momentum of being the toughest in the division not just by stopping the opponent, but by outscoring them as well 14-13. Rider Sparrow, Passafiume and Paulson each recorded 6 tackles, while Bill Jessee and Page recorded 5 apiece. Trevor Dwyer recorded 4 tackles, hovering around the point of impact on special teams return plays.

The CAL offense also found some momentum with a well-conditioned line that wore the Eagles down, providing a total of 136 yards, with a heavy load gained by Christmas and Payne. Lewellyn has proven to be a player to be feared with his 52-yard punt return, 206 multipurpose yards, and interception.

Some other Eagles are coming to Centurion stadium this week–the Eastern Eagles. Be there in time for this 7:30 kickoff. A minute of this CAL team’s play is not worth missing. GO CAL!!!