Hannah Magnuson to Swim at University of Louisville 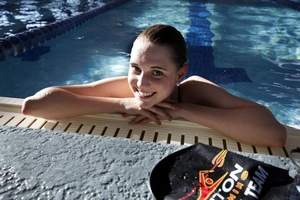 Three of the city’s top high school senior swimmers recently committed to the University of Louisville.

“It’s great for (U of L coach Arthur Albiero), and it’s great for the city,” Sacred Heart coach Jim Luebbe said. “Sometimes it’s hard to keep kids in the city because they want to go out and experience new things and new places. It says a lot about Arthur and the job he’s doing with the program.”