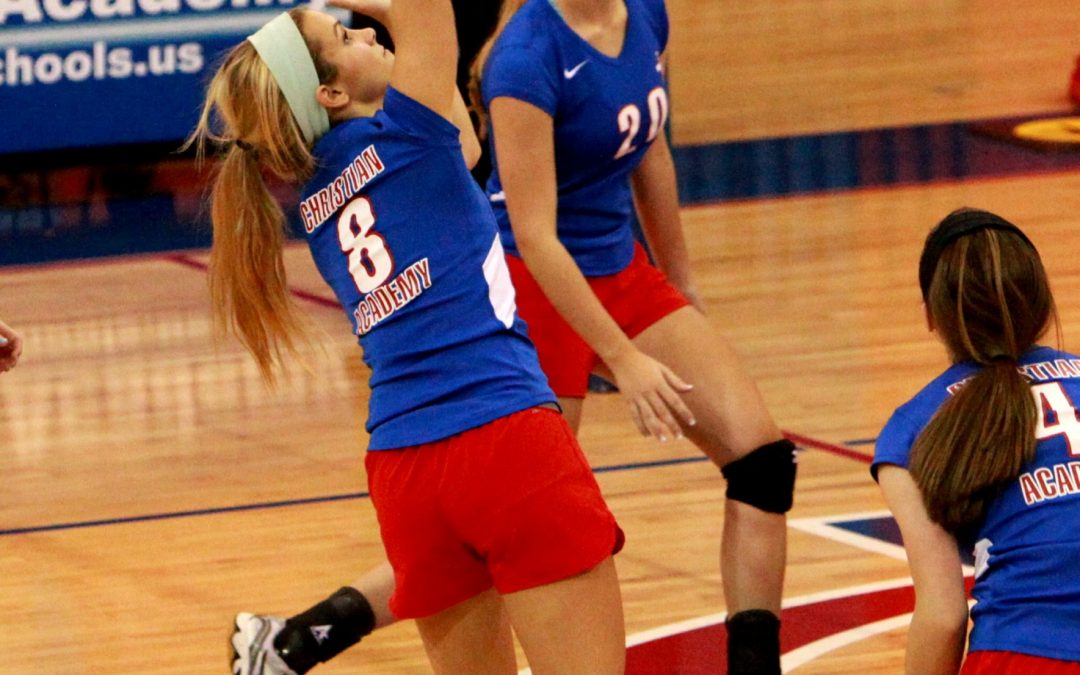 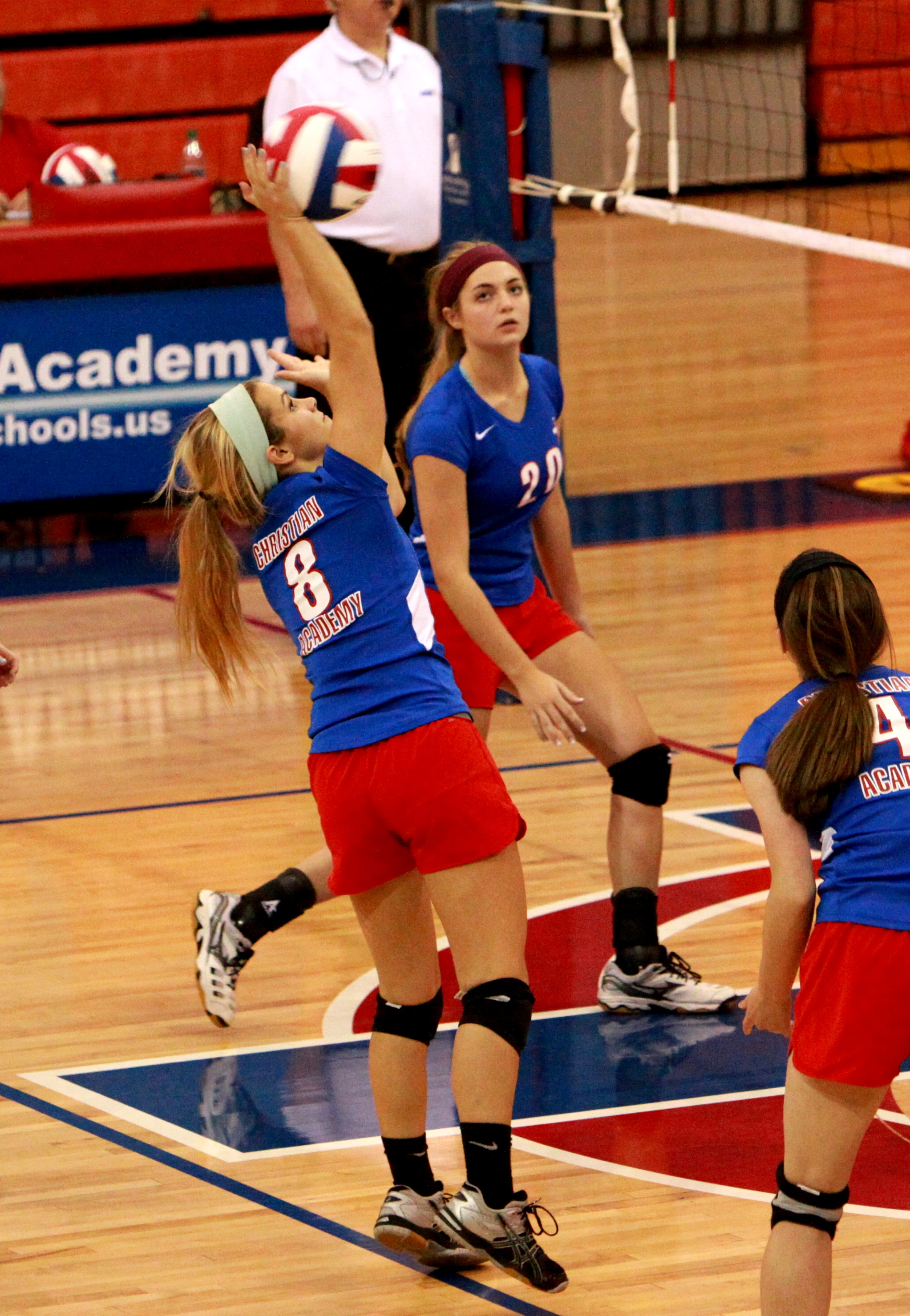 On Monday night, the Lady Centurions faced KCD. Game one was rather uneventful with CAL winning easily, 25-16. In game two, CAL slacked off a bit, opening the door for KCD to take the lead. With the score 18-23, it looked as though a loss was imminent.

Then, one at a time, the Centurions chipped away at the five-point lead and ended up winning, 26-24. This seemed to take the wind out of KCD’s sails. Game three and the match was uncontested with CAL winning, 25-14. With the win, the Centurions earned a chance at the District Championship game. 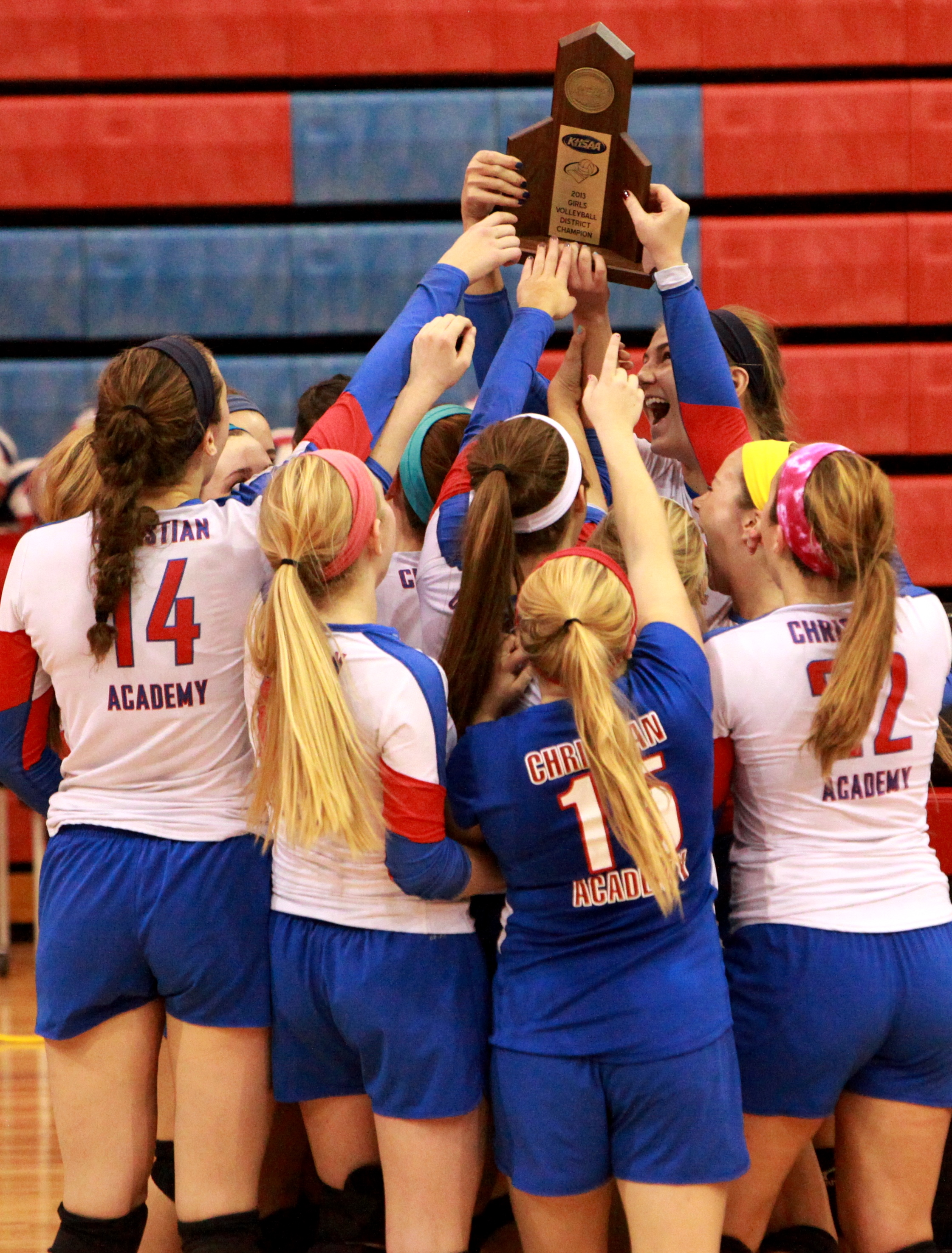 On Tuesday, the Lady Centurions did not know quite what to expect as they faced the Eastern High School Eagles in the championship game. Earlier in the year, Eastern had trounced CAL during the regular season. The courageous, young Centurions were not about to let this happen a second time. CAL took Eastern by surprise attack in game 1, taking the lead and keeping it to win, 25–19. In game two, Eastern led much of the time with CAL trailing closely behind. At 25’s, the score vacillated between the teams until Eastern finally prevailed, 27-25. The Centurions regrouped in game three and built a five-point lead at 18-13, but when CAL lost intensity, Eastern crept back until the score was tied at 22’s. Again regrouping, CAL launched a couple of solid kills and finished ahead, 25-22. Game five was ALL CAL, as Eastern’s confidence appeared to wane. CAL took the game (15-8), match, and District Championship for the second time in the last three years! Congratulations also go to Abby Davis, Caroline Rassenfoss, and Alyssa Turner as the coaches’ picks for the All-District team. 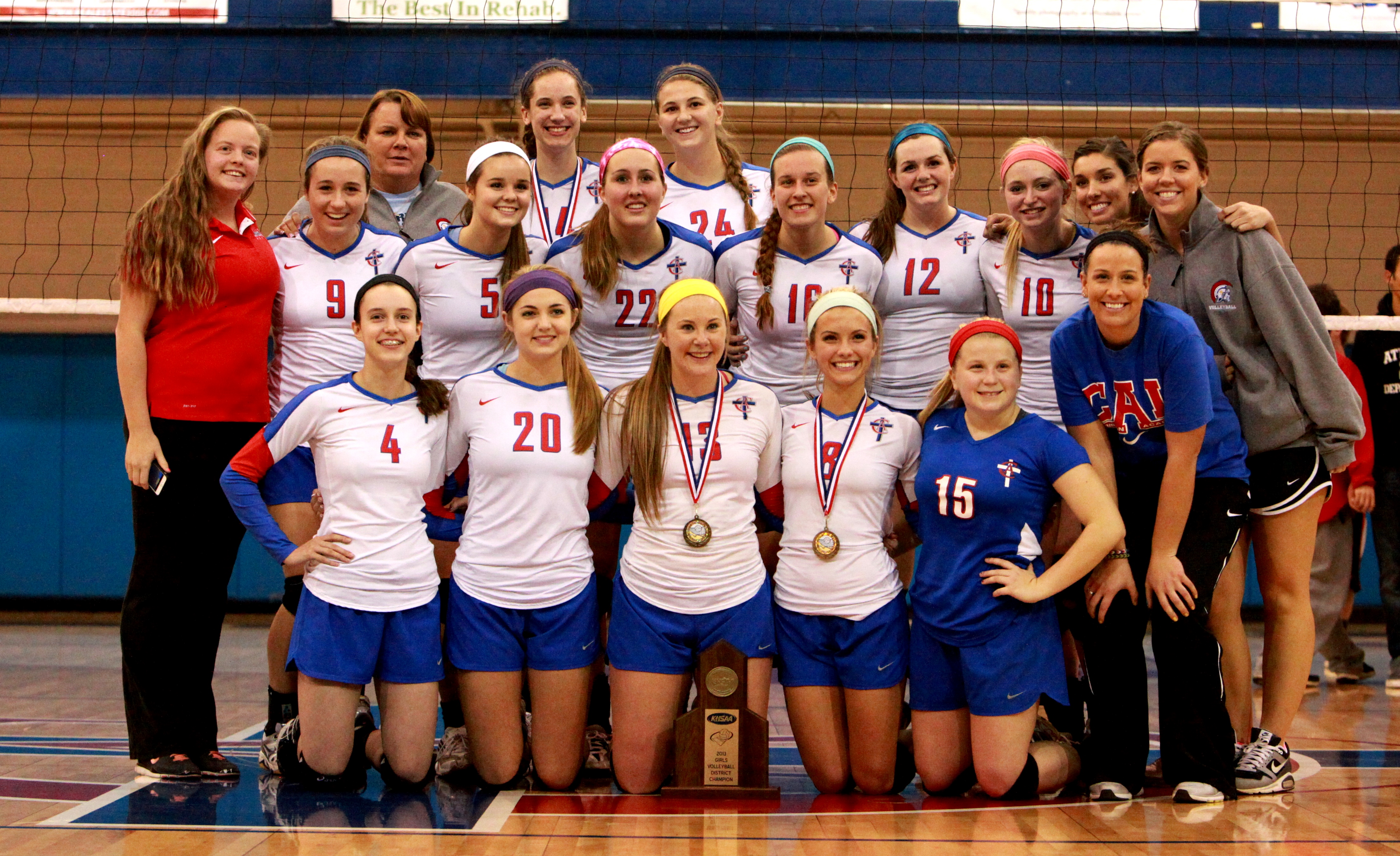 By winning the District, CAL will get to host the first round of the Regional Championship on Monday night. It’s a great night to come watch some awesome volleyball. Be sure to catch CAL play Atherton in their last home event of the season at 6 p.m. Monday. The winner will move on to the next round against nationally ranked Assumption at 6 pm Tuesday at the Valley Sports Center.