Congratulations to senior, Lilli Popovich, who signed a letter of intent with the University of Louisville (UL) track and field team on Friday.

Lilli started participating in track & field her freshman year at CAL and also played soccer in 9th & 10th grade. She decided to spend her last two years of high school focusing on throwing, and was named the 2014 KY State indoor and outdoor discuss champion, as well as runner-up at State in shot put.

“This great opportunity did not come to Lilli by accident. God has gifted Lilli with great talents and he has always known this day would come for her. Lilli has taken these talents and worked extremely hard to hone them into a State championship discus thrower,” said CAL assistant track & field coach, Derrick Dixon. 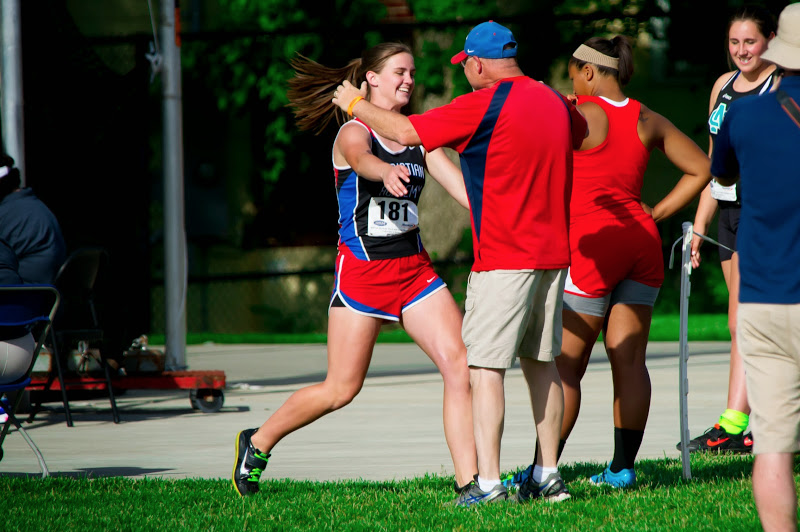 “I was impressed with the UL track and field coach and team. Their coaches seem to genuinely care about their athletes, and the athletes are people of great character. Additionally, U of L will help me to reach my academic goals,” said Popovich.

“Lilli set the bar for our female athletes. She has pushed herself in every way to be the best that she can be,” said Coach Lile.

Lilli’s throwing event coach, Mike Hatfield, also spoke of Lilli’s determination to get better and put in the time to make her dream of throwing at the college level a reality.

“Lilli has worked hard for a long time. She is one of the hardest working athletes I’ve ever been associated with,” said Coach Hatfield. “UL is getting a wonderful athlete and an even better person.”

“We are so grateful to CAL for supporting and preparing Lilli athletically, academically, and spiritually. I cannot imagine a better school. We are extremely grateful and proud of her,” said Lilli’s father, Pete Popovich.

Lilli plans to major in exercise science and looks forward to throwing for the Cardinals next year.