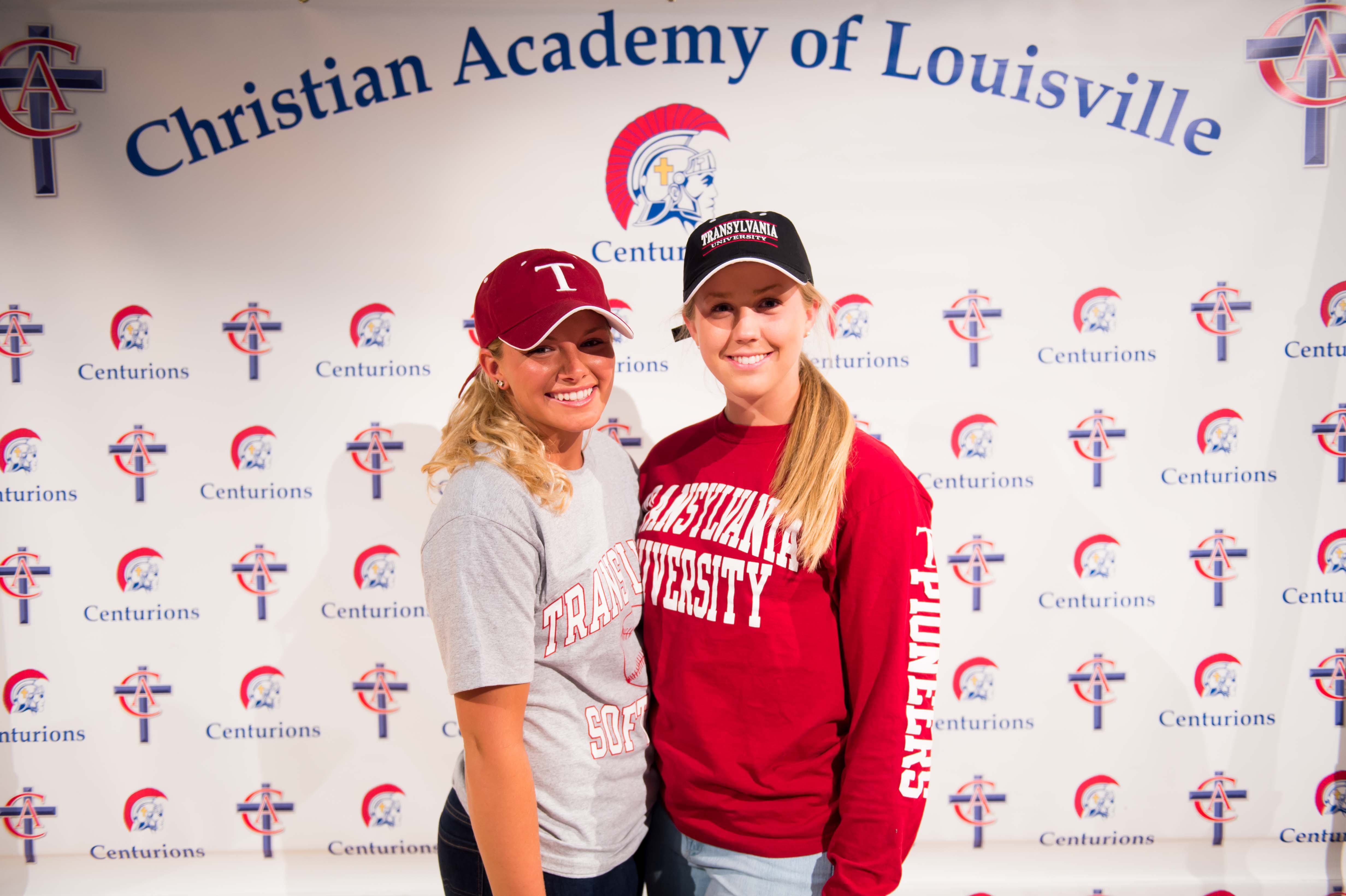 Congratulations to Jessica Powell and Brittany Mumford who both signed to play softball at Transylvania University.  Powell has played varsity softball at CAL since the 7th grade and Mumford since her freshman year.

“Jessica came to play varsity for us in the 7th grade. Not a lot of girls get to do that. She is one of the hardest working athletes I’ve ever seen,” said CAL head softball coach, Kyle Mullin.

All of Jessica’s coaches praised her determination and commitment to improving her game. 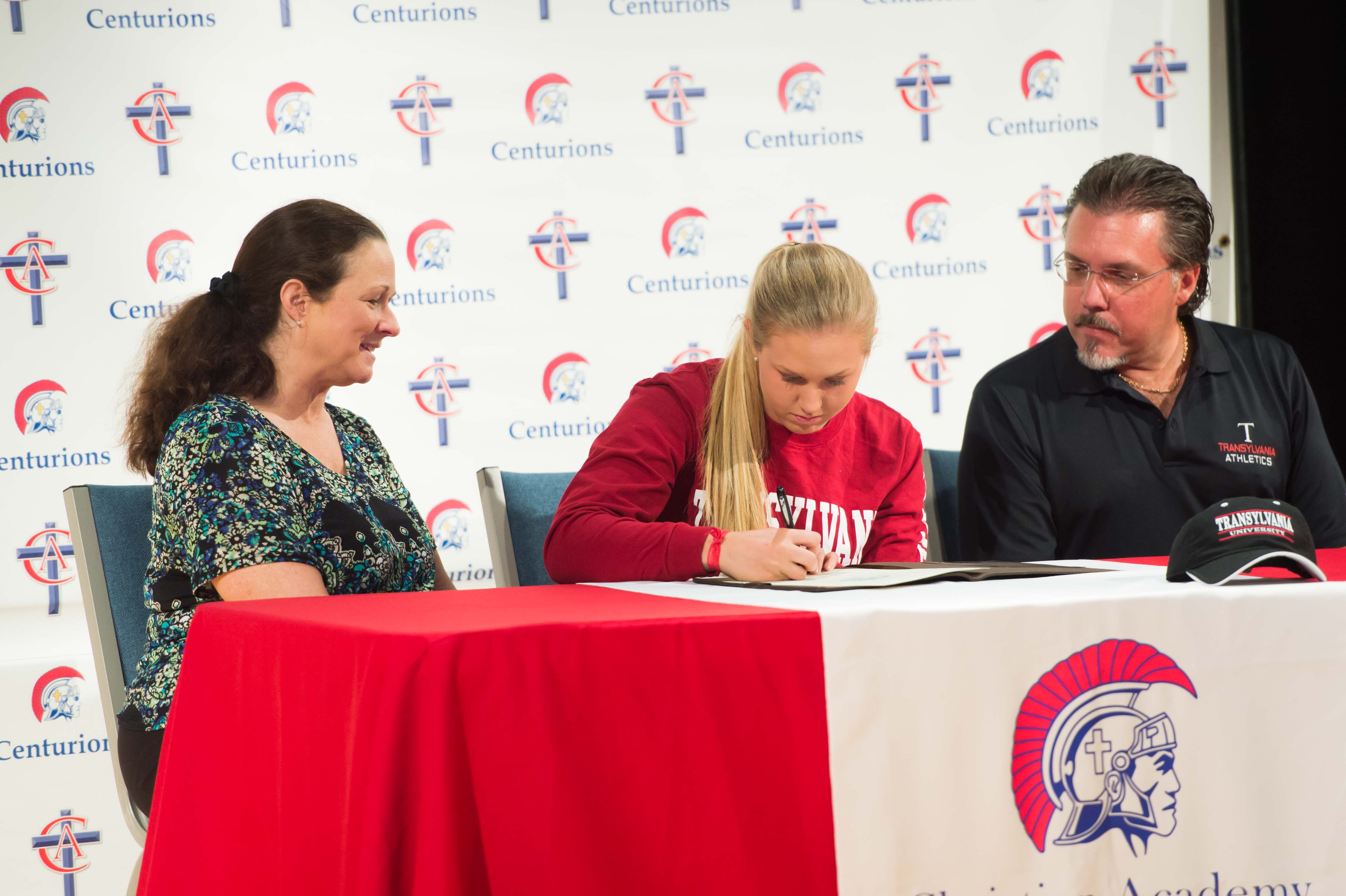 “Jessica has been outstanding in the weight room and it shows in her performance on the field,” said CAL sports performance coach, Greg Lile.

Candy Harold, Powell’s hitting coach, said, “When I think of Jessica, three words come to mind: perseverance, patience, and diligence. All three of these speak to Jessica’s character.” 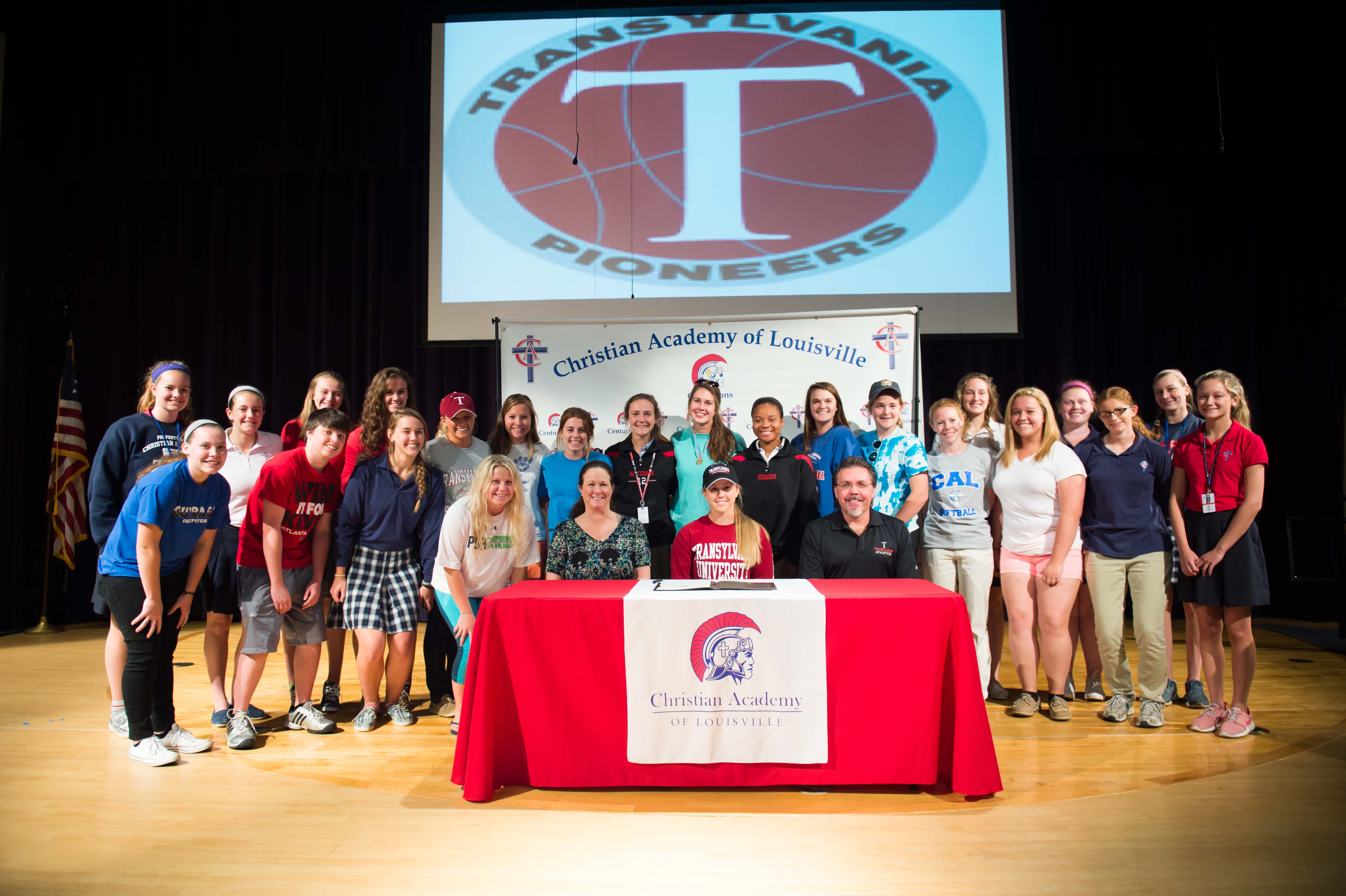 Powell has received the following awards for her achievements in softball: Team captain (2014 and 2015), 1st Team Academic Award, as well as being named to All District and All Region teams for multiple years during her softball career.

Jessica plans to major in exercise science at Transylvania, with a focus on recreational therapy for people with special needs and disabilities.

Brittany Mumford has attended CAL for 4 years and also played basketball for the Lady Centurions. She was named 2nd Team Academic, All District Team, All Region Team, and All State Team.

“Brittany has always led by example. She will do whatever it takes to win and can play anywhere you put her,” said CAL head softball coach, Kyle Mullin.

Former CAL girls’ basketball coach, Jana Costner, talked about the kind of athlete Brittany is, as well as her heart and love for others. 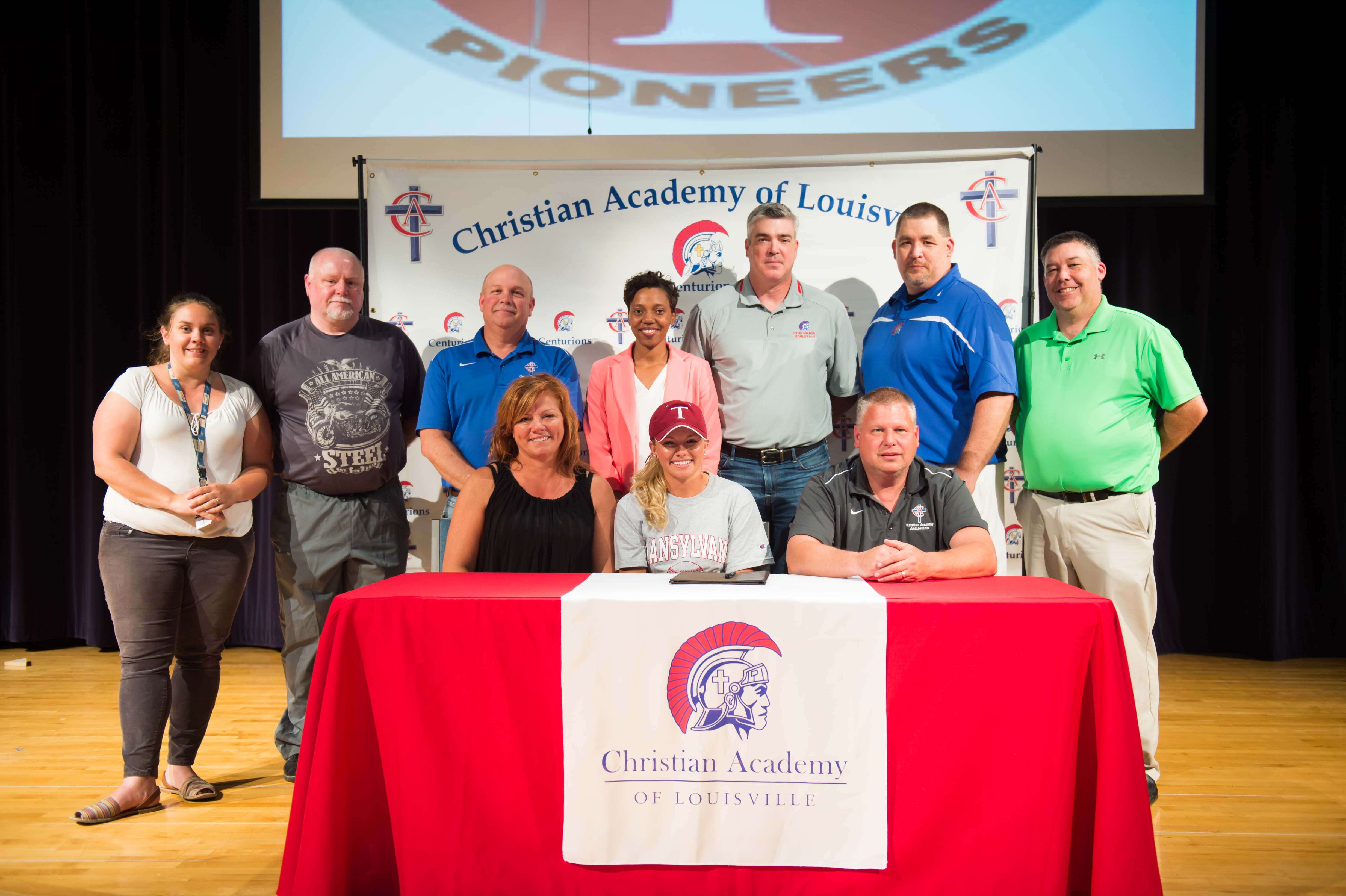 “Brittany has such a big heart. She gives you everything she has. She truly is a wonderful person inside and out. I’m so thankful God allowed me to be a part of her life,” said Costner.

Coach Kim Mumford, Brittany’s mother and CAL assistant softball coach, was emotional talking about Brittany’s years of playing sports and what it’s meant to their family.

“I fell in love with the campus. I love the small atmosphere, but also love having a big atmosphere right next to me at the University of Kentucky. My favorite thing is the location of the softball field and how the city of Lexington is right behind home plate,” said Mumford.

Brittany plans to major in exercise science and looks forward to playing for the Pioneers next fall.