A Clean Sweep of the Districts for CAL Volleyball 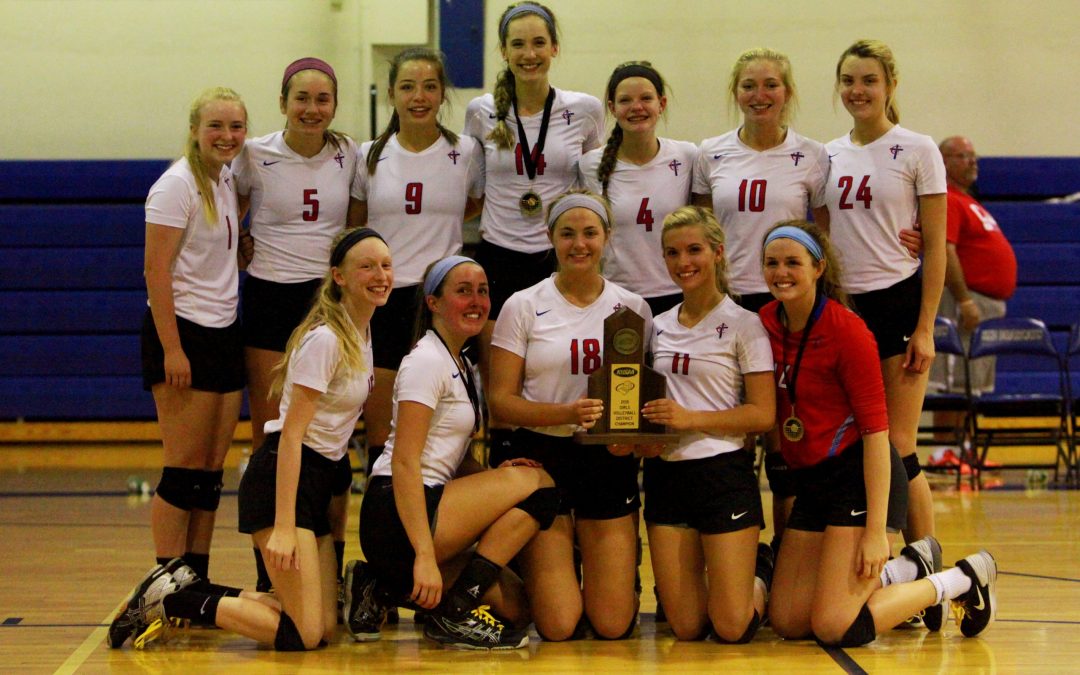 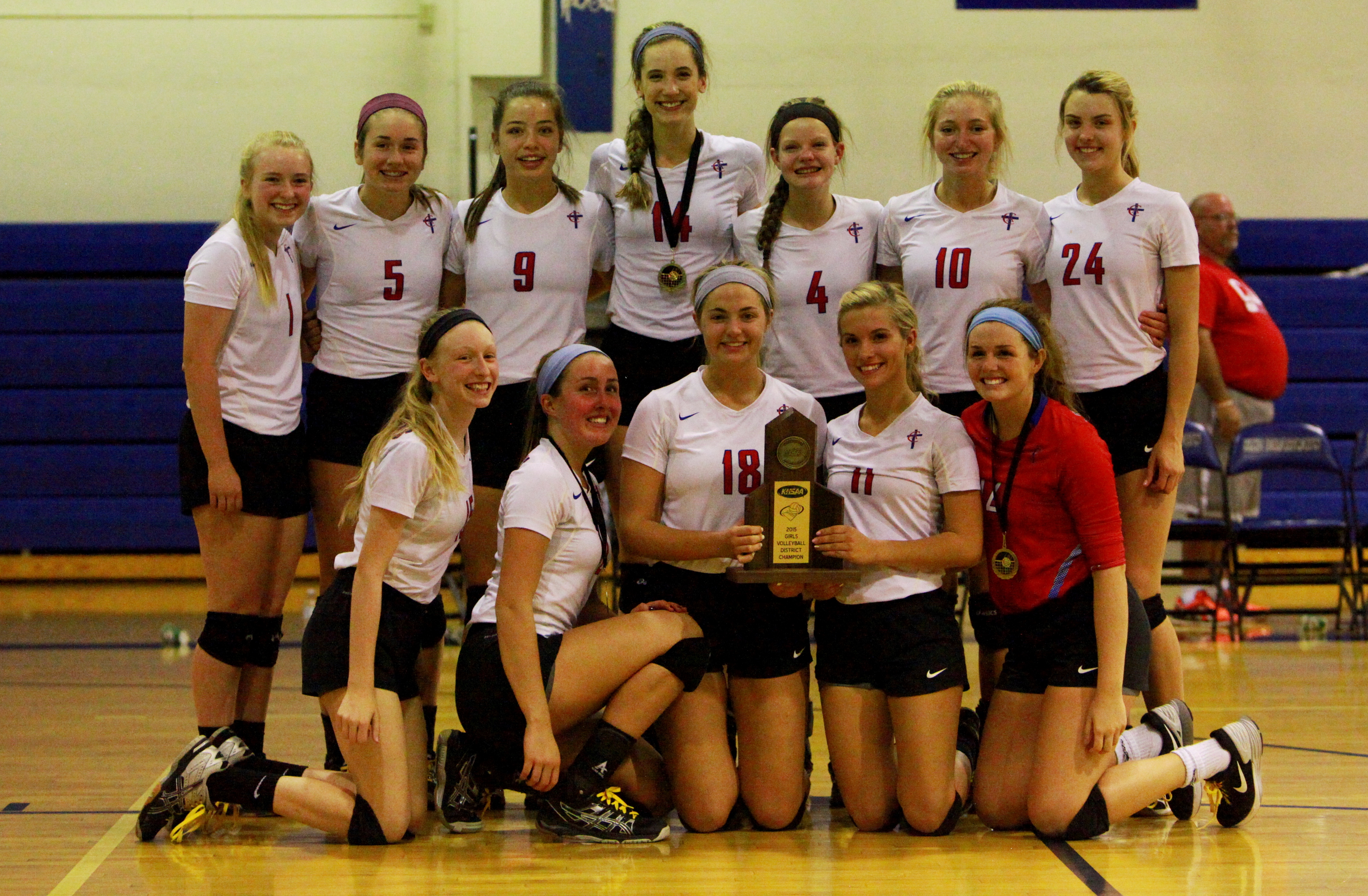 Varsity Volleyball District 28 play took place at Kentucky Country Day this week, and the Centurions showed up ready to make a statement.

CAL faced Ballard in the first match. In game one, the Bruins stayed close in early play, but after five screaming serves by Kasey Wilmsmeyer, three by Caroline Rassenfoss, and another three by Hadley Trenaman, CAL built an eight point lead. Ballard made a bit of a run with some hard hits, but could never quite recover, losing the game by nine points. Game two started with another string of accurate serves by Abby Davis and a pair of hard kills by Jill Von Hoven that built the score to 5-0. Ballard came alive and nearly caught up at 9-8, but again CAL turned it on with accurate serving and a pair of sweet stuffs by Hannah Wilhite for a nine point win. By game three, it appeared the Bruins had thrown in the towel and never again posed a challenge for CAL, who won the match (25-16, 25-14, 25-16).

Tuesday night, CAL came ready for a grudge match against staunch rivals, the Eastern Eagles, especially since CAL won a five-game dogfight with the Eagles earlier in the year. Kate Amin made a great kill to start game one, but a rotation error call gave the point to Eastern for the early lead, which they held until 6’s. Ties ensured from 6’s to 17’s and then again at 20’s, but four floating serves by Jill, a Kasey stuff, and a Caroline block finished the game with a five point lead. In game three, Eastern again maintained the lead until about 5’s, but an awesome five-serve run by Kasey, including two aces, allowed CAL to take charge. Casey Jane Mann dominated mid-game with a decisive stuff, a double-block with Hannah, and kill from the middle. A long eight-point serving run by Kate, a pair of kills by Jill, and a final ace serve by Kasey sealed the deal with CAL winning by 12 points. Not going down without a fight, Eastern came on strong in game 3. With the score tied at 3’s, serving runs by Kate and Caroline, allowed CAL to build a six point lead. After a time-out, Eastern stormed back pulling the score within one point at 10-9, but a Hadley-Kate-Caroline combo and a couple of Abby’s awesome short serves, built a three point margin momentarily. Eastern went on another long push tying the score at 18’s. This sparked a fire in Jill, who made three hard kills in a row to help establish a three point lead, 22-19. Back up to serve, Abby brought the score to 24-21. An Eastern hit off a CAL block added a point to their score, but a final Kasey serve followed by a definitive kill by Caroline ended the game and match with CAL as the District 28 winners (25-20, 25-13, 25-22). Way to go ladies! Congratulations also go to Kate Amin, Caroline Rassenfoss, and Hadley Trenaman, who were named to the All-District team.

Regional play starts at home against Manual on Monday (10/26) night. Sure to be exciting, come out and cheer on the Volleyball Centurions.