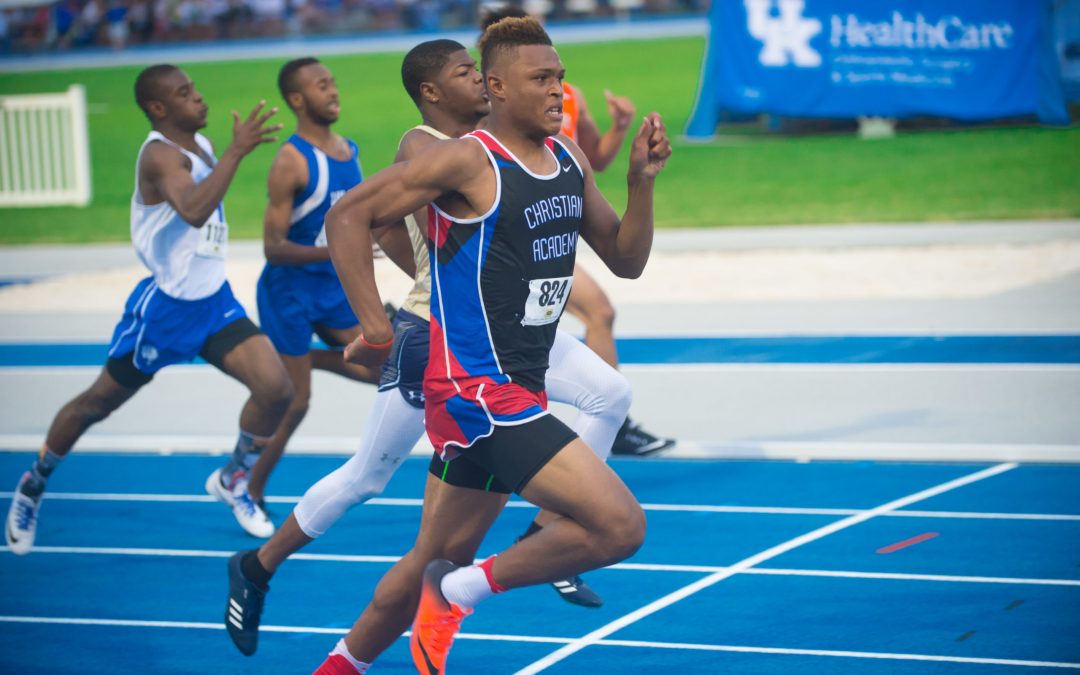 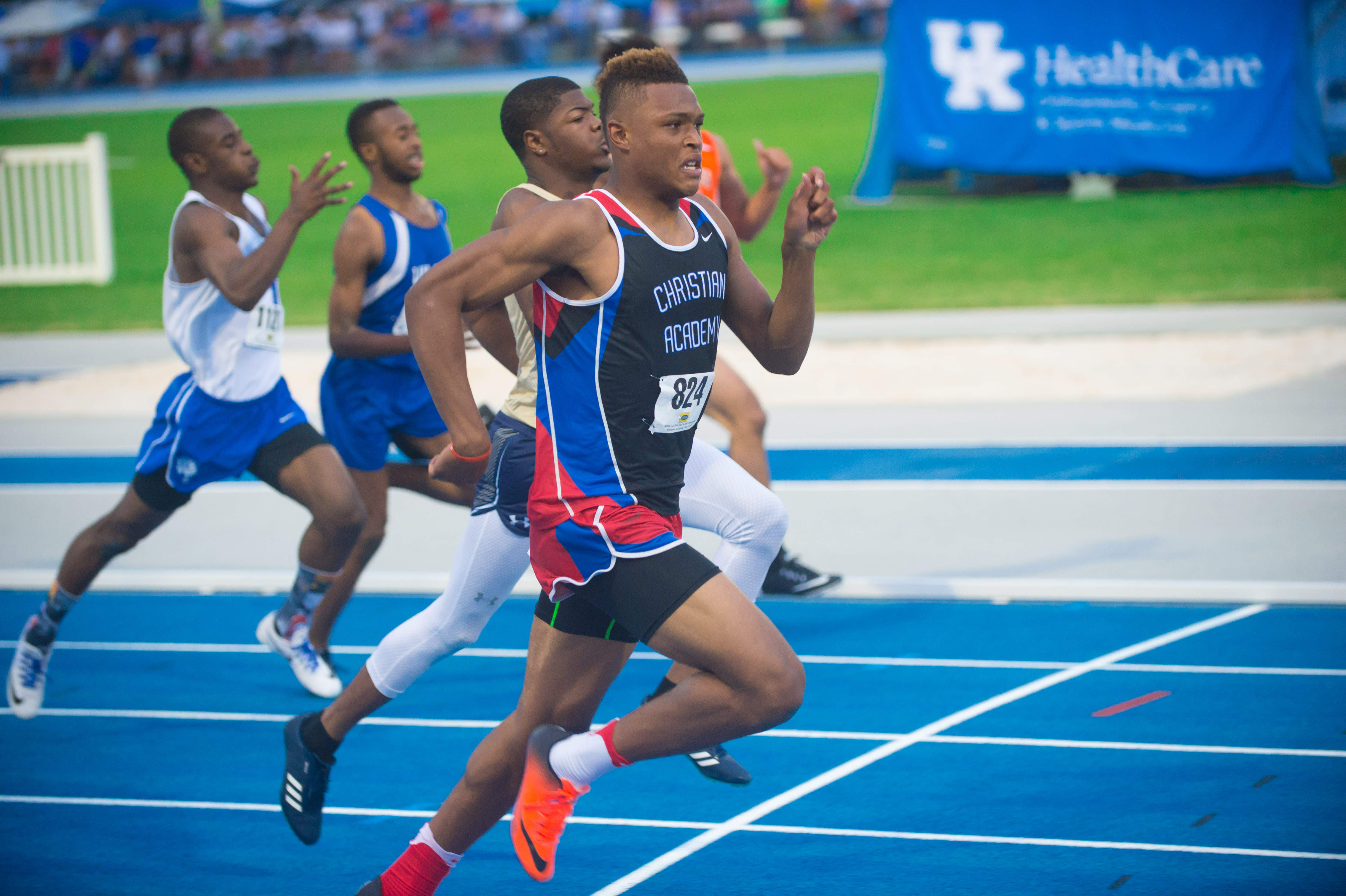 Milton Wright won a state title in the 200 and placed in three other events to lead the Centurions to a surprise 6th place finish in the team standings. The team finish was the highest ever for the boys team. Milton had an extraordinary meet winning the 200 narrowly over North Oldham's Connor Newhouse, with a new school record of 22.17. He took a huge .73 seconds off the record this season, that had stood for 13 years.

Milton also trimmed another school record on the track, running 11.06 into a slight head wind in the 100 meter to place 6th. On the field he took the runner-up spot in the long jump and 4th in the high jump.

Junior distance runner Steven Ott used scorching kicks to parley two high finishes in the 1600 & 3200. In an exciting 1600 finish, Steven used a 60 second last lap to fall just short of the gold – but was rewarded with a huge 8+ second PR. His time of 4:24.10 scared Ryan Knight's legendary 24 year old mark of 4:23.12. Steven had no time to rest on his laurels, as he did the full distance triple of 1600-800-3200, throwing in the 4×4 for good measure. He placed a strong 4th in the 3200 to medal and score valuable team points. Also competing for the boys were senior Wes Wegert who became the 2nd fastest CAL hurdler with his 17.06 time in the 110 hurdles. Will Marshall, Jacob Miller and Luke Montgomery joined Steven in the 4×400 relay, ran a strong time of 3:40.85. The race concluded outstanding careers of 4 year runners Jacob & Luke.

The girls team also had an excellent showing. Junior Maddie O'Dea medaled in three events to lead the Centurions in their 12th place team finish. Her highest finish was a repeat runner-up performance in her marquis event – the 800. She dropped a big 1.76 seconds off the school record she set last season, with her 2:18.21 time. Fellow cross country All-State teammates scored all the points for Christian Academy, with Centurions placing in all distance events. First points came in the opening event as Maddie joined Clara Lynch, Kaylee Wilson and Adelaide Ensor to place 5th place in the 4×800 relay. More points came from Maddie & Kaylee in the 1600, with their 7th & 8th place finishes. Senior Clara wrapped up an incredible track career, earning her fourth straight high finish in her trademark event 3200. Clara earned 2nd Team All-State honors with her 4th place finish. Adelaide narrowly missed scoring in the same race, still running her second fastest time ever, in spite of the hot, humid conditions. Also competing in the State Championships were a young sprint corp of Anna Kimbell, Maddie Combe, Maddie Bevin and Audrey Wright, as well as the Porter sisters in the field events – senior Ivy (pole vault) & Joslyn (long & high jump).

With most of the points scored by non-seniors and valuable experience gained at the championship level, the future looks very bright!