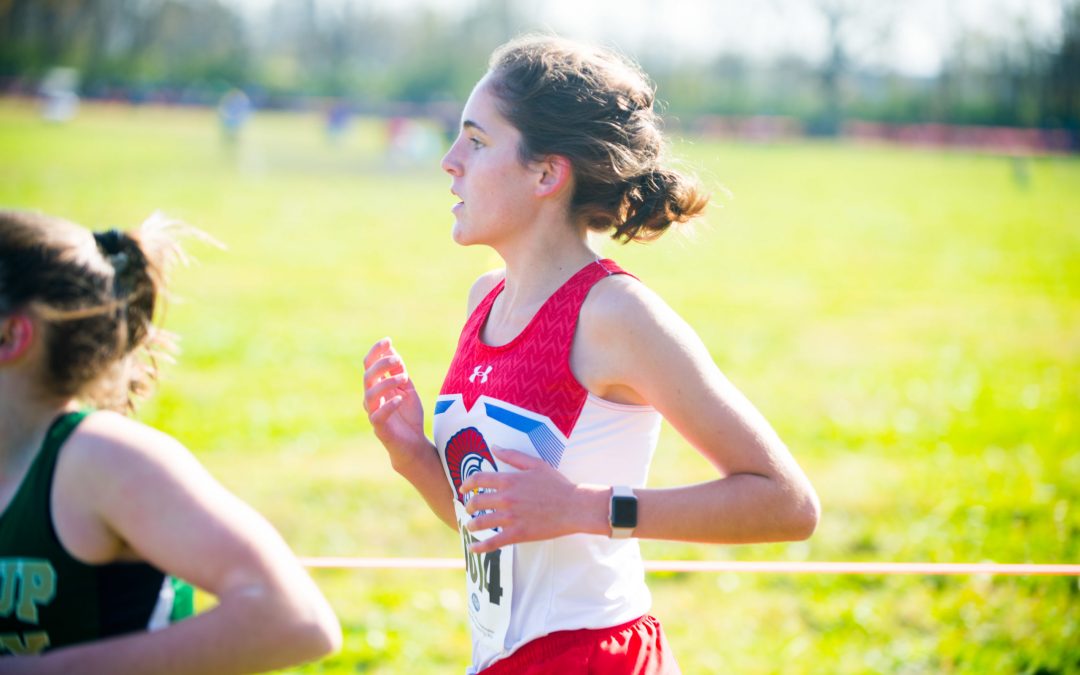 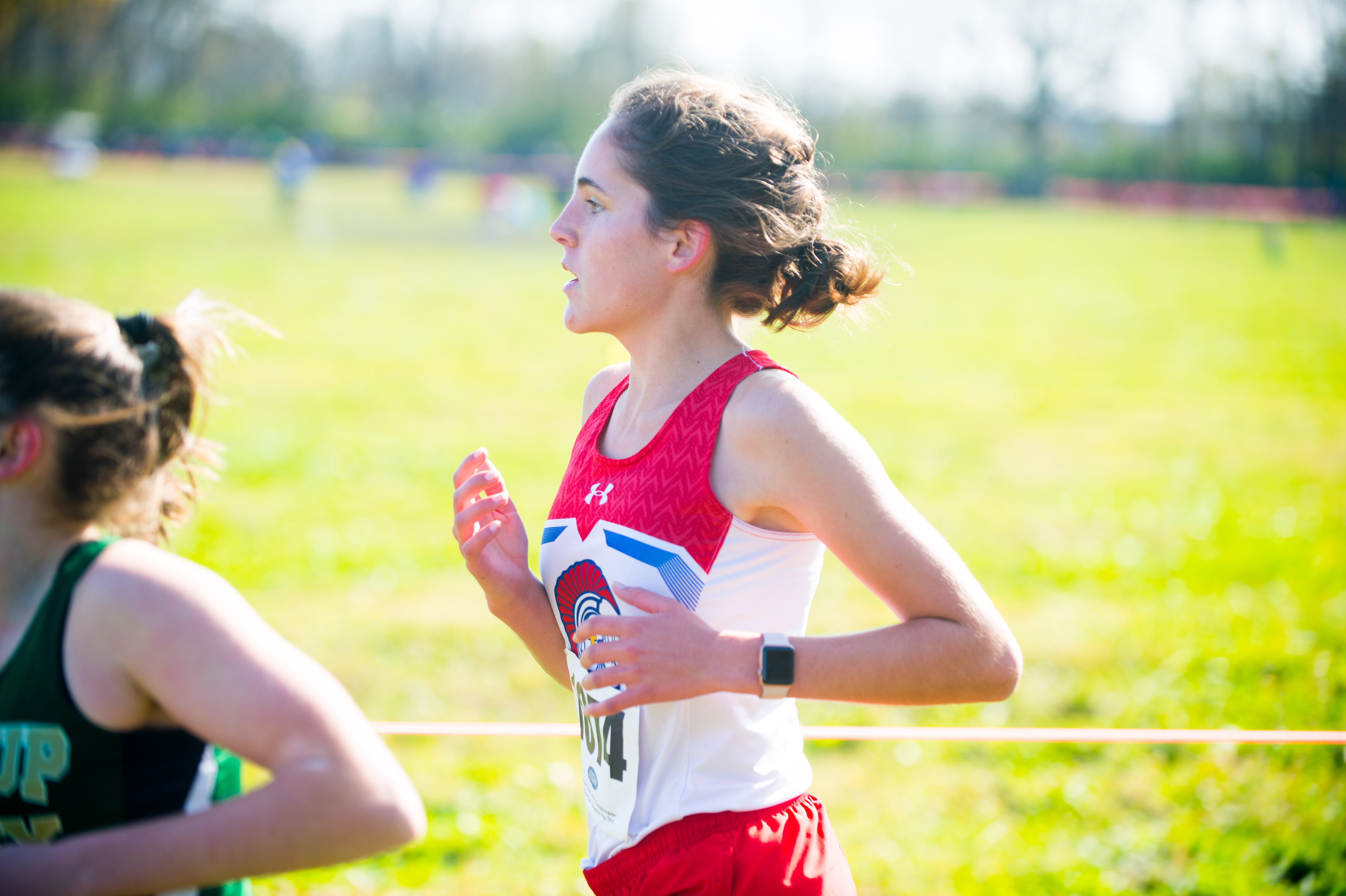 The girls cross country team closed out another very successful season, by placing 5th place as a team at the State Meet. Adjustments had to be made to the course due to standing water, making for a 'slow' course. But the muddy conditions could not slow down freshman Addi Dewey, who put in a major surge just after the 2 mile mark to race to the runner-up position. Her time of 19:24 makes her the 4th fastest Centurion in school history.

Junior Sarah Wilkinson also had a strong move to finish 13th in 20:09 and nab All-State honors. Sophomore Kaylee Wilson ran a good 20:29 on the boggy course, to grab 18th. Macy Schieber and Allie Melhorn, both battling illness over the last 2 weeks, put in valiant efforts to complete scoring for the team. With 213 points, Christian Academy earned its 5th top 5 performance in 6 years. Caroline Bobnar and Paxton Brizendine also ran strongly in representing the Centurions.

The previous Saturday, the team qualified for State with a dominant run at the Region 3 meet, running away to the Regional title over the 6th ranked North Oldham Mustangs. It was the 3rd straight Regional Championship for the Centurions. The title was secured by putting 3 in the top 4 and all 7 runners in the top 20. Not only has the team won 3 straight, but the top individual has worn a CAL singlet also, with Addi Dewey racing away for the win. Sarah Wilkinson and Kaylee Wilson were close behind in 3rd and 4th. Allie Melhorn (10th), Macy Schieber (12th), Abbie White (19th) and Paxton Brizendine (20th) completed the team effort.