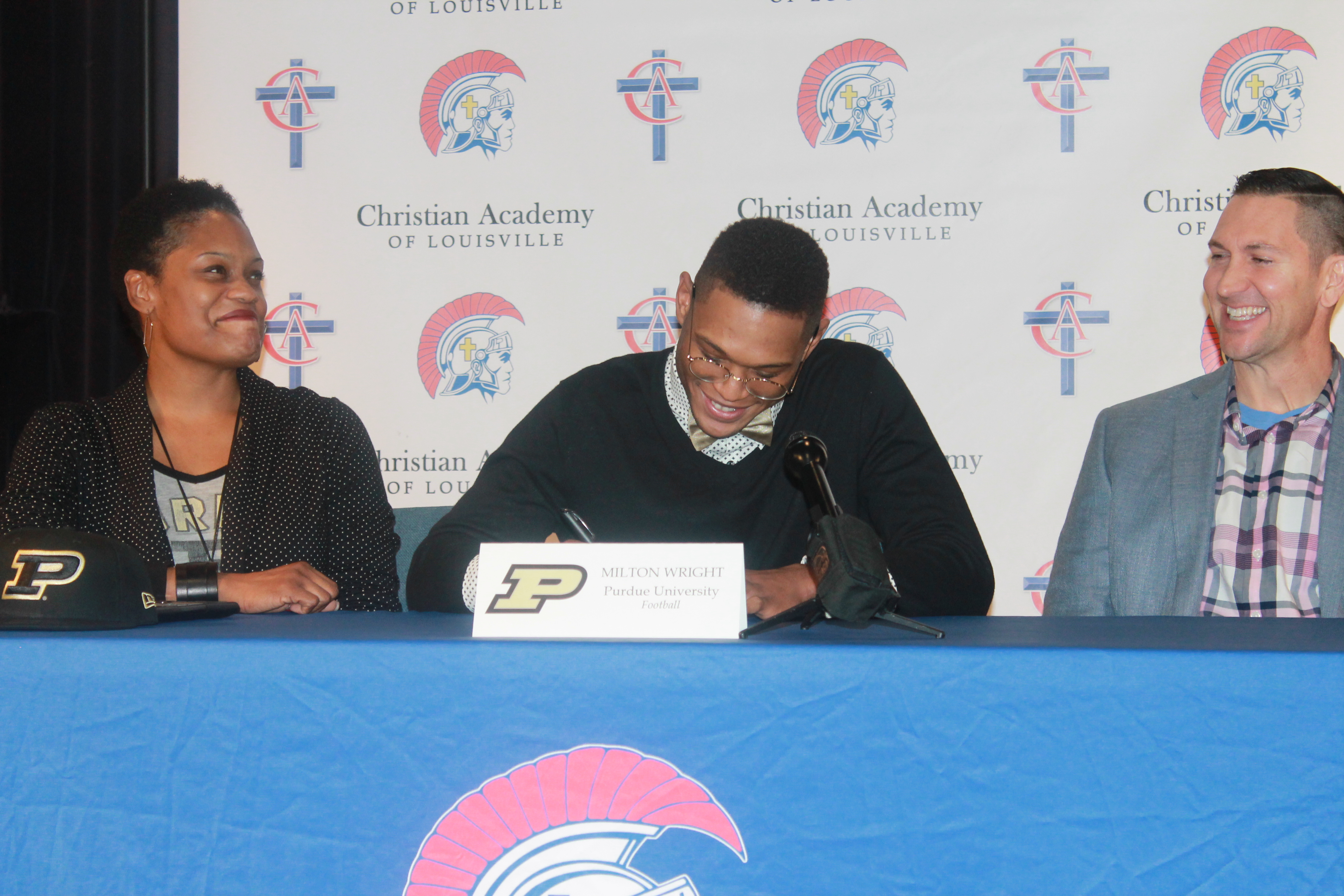 Congratulations to Milton Wright who signed a letter of intent on Wednesday, December 19th to play football at Purdue University.

CAL Director of Athletics, Brad Morgan, began the signing ceremony by talking about the amount of time and work it takes to play at the college level.

“Only 7% of all high school athletes go on to play in college and approximately only 1% go on to play at a Division I school,” said Morgan. “Milton has had an outstanding high school career and we look forward to watching him at
Purdue.”

“When I look back over Milton’s last seven years here at CAL, I am reminded of what a wonderful accomplishment this is for us to celebrate today,” said CAL head football coach, Stefan LeFors. “Big time players, make big time plays, in big time games, and that is Milton. We always look to Milton to bring his best and he always does. His unbelievable work ethic, coupled with the ability he’s been given, makes for a special player and Milton is special.”

Milton’s dad, Lance Hoeltke, was emotional as he spoke about what the day meant to their family.

“As I look around this room, I am overwhelmed by the impact and leadership in this room alone, and of how many people have helped shaped Milton as a person and as a player. We are so grateful,” said Hoeltke.

Milton concluded the signing ceremony by thanking his parents for their continued support, as well as his coaches and God.

“The support of my family and coaches, and the time they have poured into me has been awesome. I am thankful to God to where he has placed me in this world…it’s been an incredible journey thus far,” said Wright.

This year alone, Milton was named All-District team,
All-Area Metro Louisville team, All-State team; Class 2A player of the year, nominee for Courier Journal player of the year, selected to play in the Best of Bluegrass all-star game and selected to play in the 2019 Polynesian bowl in Hawaii in January. Milton plans to major in broadcasting at Purdue.