Varsity Football Dominates in First Round of Playoffs 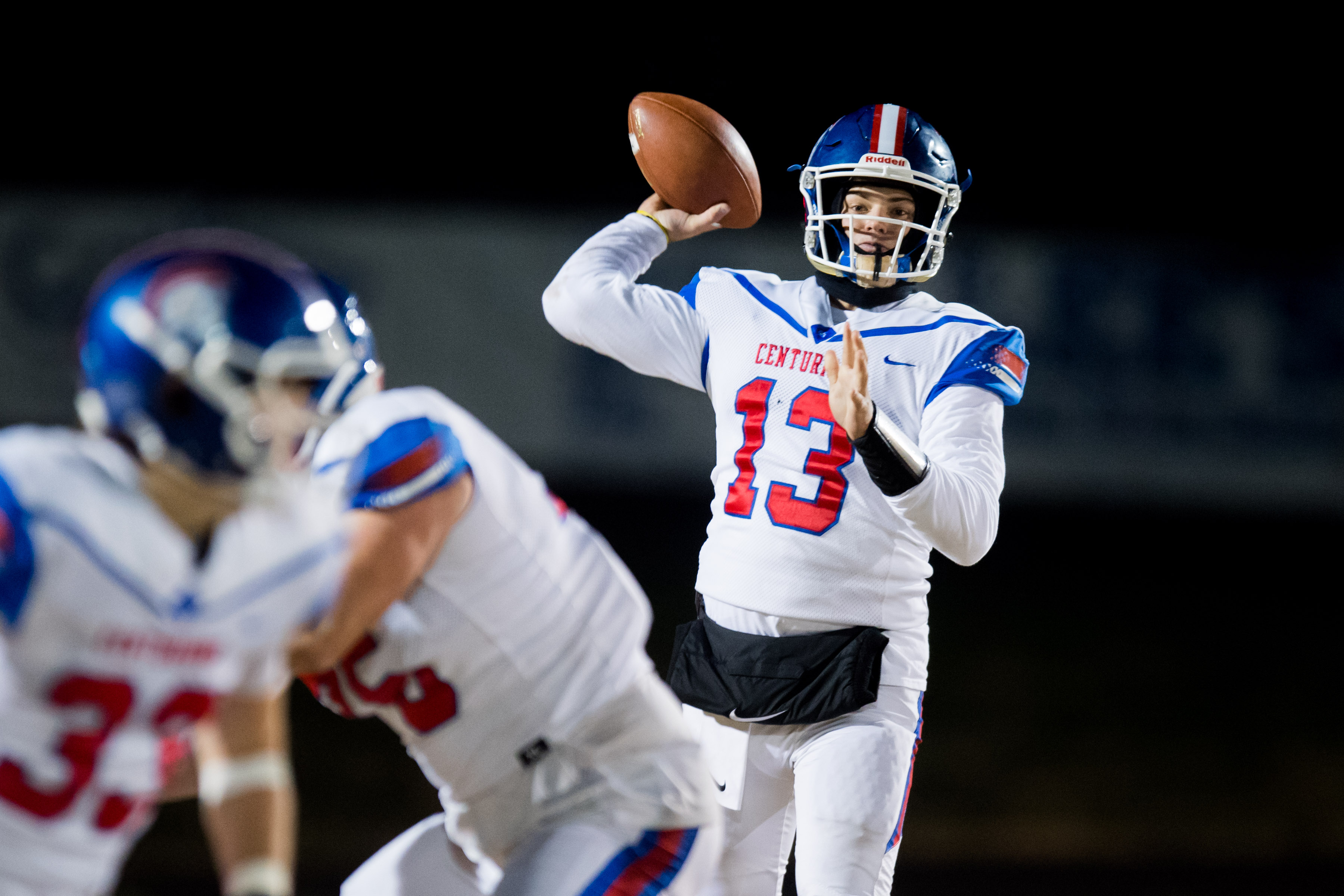 Varsity football began its revenge tour on Friday night, traveling to Mercer County to face the Titans in the first round of the playoffs. Seeking to avenge a regular season loss to the Titans, the Centurions took immediate control and scored on their opening drive. Senior Anthony Sabatino’s pass to junior Gage Geren set up the score, with junior Brandt Babin running in for 6. After an unsuccessful PAT attempt, the score was 6-0, CAL.

The Titans answered quickly with a touchdown and successful PAT of their own, putting the score at 7-6, Mercer County. Not to be deterred, the CAL offense took the field again, and a Sabatino 65 yard pass to Geren was good for another CAL touchdown. Sophomore Dylan Cornett’s PAT kick was good, and the score was now CAL 13, Mercer County 7.

After the CAL defense forced the Titans to punt, CAL marched down the field again with good runs by senior Luke Leeper and Babin. Sabatino’s pass to senior Harrison Zimmerer was good for another CAL touchdown. Cornett’s PAT kick was good and the score moved to 20-7, CAL. After strong defense by seniors Jake Taylor, Kevin King, Ma’khei Mayes, Nate Dobbs, juniors Will Minrath, Will Paar, Brandt Babin and Braeden Babin and sophomores Matthew Mauzy and Andrew Dupps, the Centurion offense hit the field again, this time scoring with a 52 yard Sabatino strike to Leeper. The PAT kick was good, and the Centurions now led 27-7.

While Mercer was able to score on a long run during their next drive, CAL quickly answered with another touchdown of their own, this time with a Babin run. Cornett’s PAT kick was good, and the Centurions headed into the half with an impressive 34-14 lead.

The second half was a defensive duel, with neither team putting any more points on the board. Despite a scoreless second half, CAL left no doubt that they are playing their best football of the season and intend to show up to round two of the playoffs ready to fight. Next up the Centurions will travel to rival DeSales, where they will seek to avenge the regular season double overtime loss and continue their quest for a third state championship. Come out to DeSales on Friday night and support your Centurions! Go CAL!