CAL Defeats Rival DeSales 7-3…Heads to 2nd Round of Playoffs! 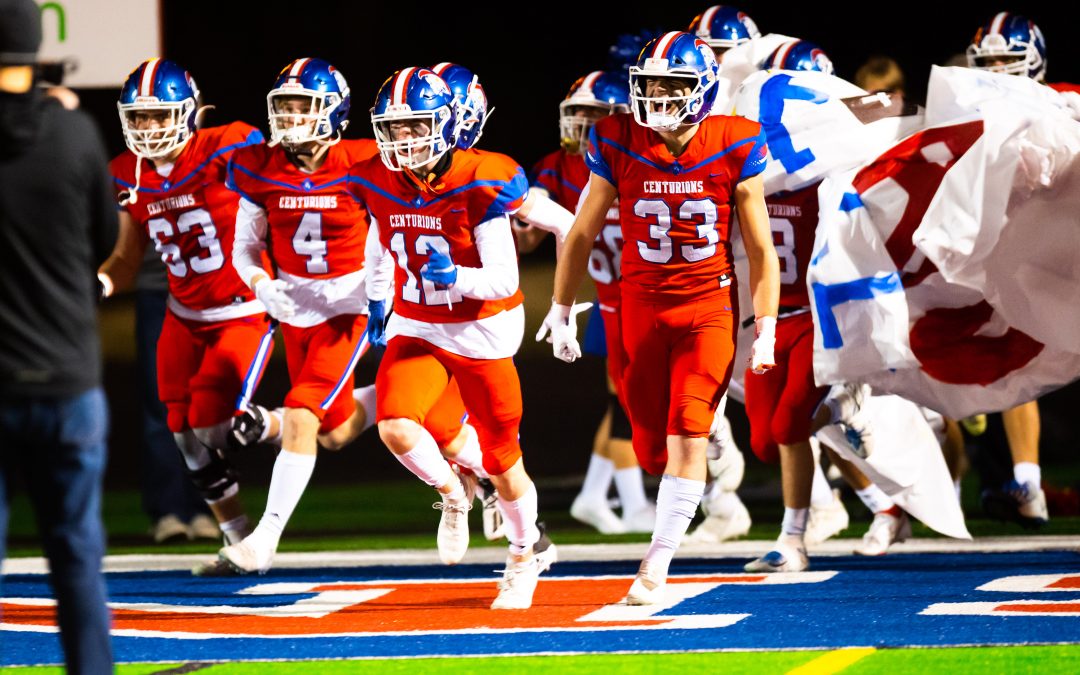 In their first and only meeting of COVID 2020, a first round playoff matchup no less, CAL exorcises some demons defeating rival
DeSales 7-3.

After a sound defeat ending the 2019 Centurions’ season at the hands of the Colts, 30-7, the Centurions 5-2 (RPI #9) earned a measure of redemption on a cool Fri evening @ Taziki’s Field by holding on to defeat long-time District rival, the Colts of St Francis DeSales (RPI #14) to begin the Playoff season. Both teams were shorthanded as DeSales was without the services of James Johnson, their starting RB/ DE as a late scratch and CAL was without Adam Ballard, starting WR/ DB as a COVID casualty and Gage Geren, starting WR/ DB is recovering from a fractured ankle.

The first half was essentially a back and forth by 2 heavyweights dominated by Defense. CAL was able to move between the 20s on the ground for most of the game with 5 trips to the red zone. The one breakaway was at the end of the first quarter, a 60 yard sprint for the end zone by Easton Messer. DeSales was able to move the ball by the deep pass to the corners but was unable to muster anything except a short FG. The game was tied 7-3 @ half and that ended up the Final. The addition of Easton Messer to CB was also a significant help as he had an INT. Kudos to the O and D lines for holding their own against the most physical team in 3A!!

SPEECHLESS, Centurions!! CAL will travel to the District 4 #1 seed, the Mercer Co Titans (RPI #4) in Harrodsburg, KY on Fri 11/27 with the winner being named District 4 CHAMPS!! The Titans previously defeated the Centurions in OT on a FG 31-28 on 9/25 which seems ages ago!!

Remember, 4 weeks to go for the ‘SHIP @ Kroger Field!!