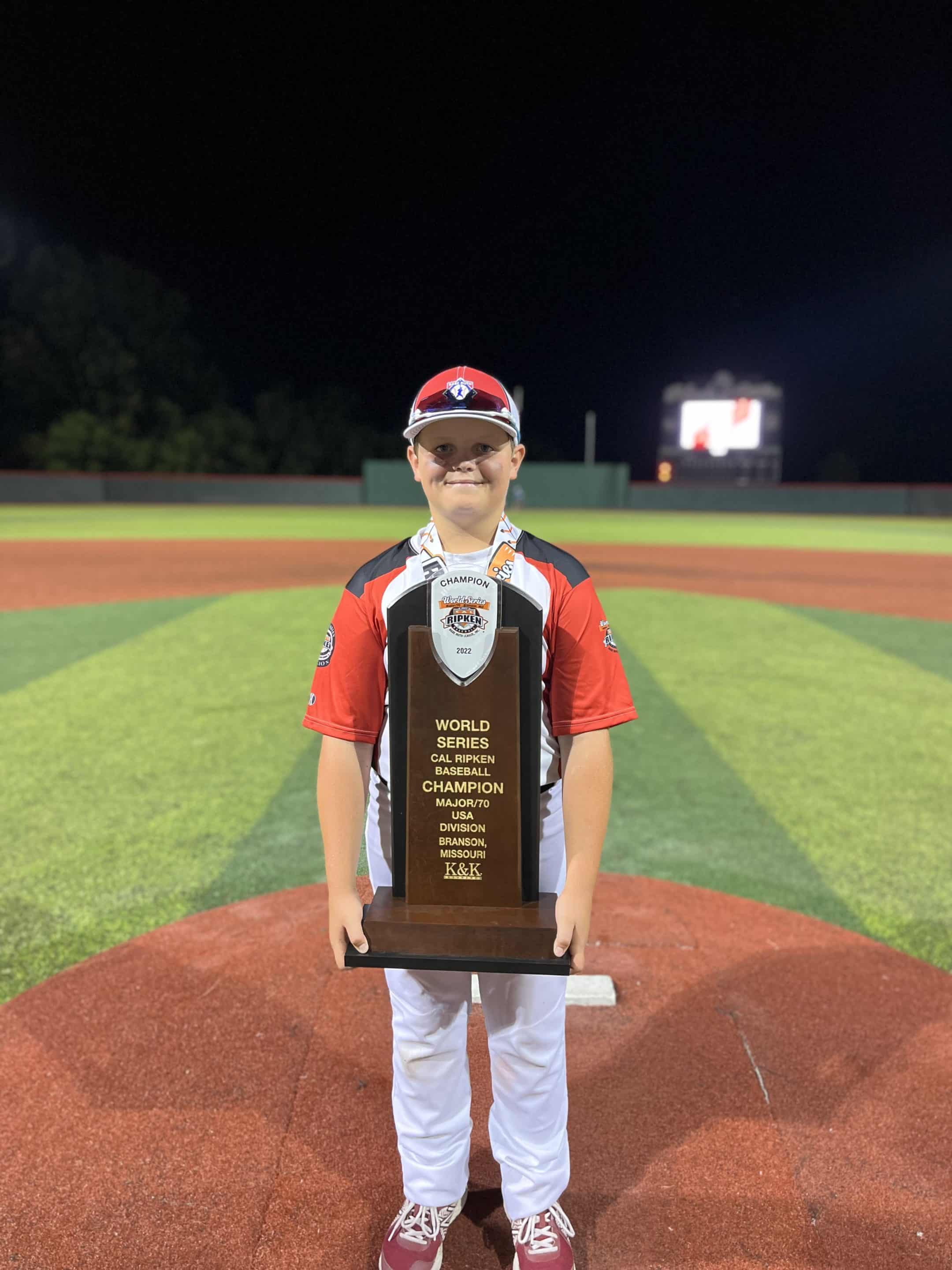 Seventh grader Parker Brandon had the experience of a lifetime! He and his Jeffersontown 12U baseball teammates won the Cal Ripken World Series! The team was unbeaten in the tournament, winning eight consecutive games during the Cal Ripken Championship event held in Branson, Mo., at Ballparks of America. The Jeffersontown team was victorious over a previously unbeaten team from Mexico 3-1 in the World Championship game on Aug. 13.

Parker and his team also won the Cal Ripken 12U USA Championship on Friday, Aug. 12, beating a team from West Raleigh, N.C., 1-0. In that game, Parker caught a flyball for the final out that secured the USA title.

Parker has been playing baseball with most of the current team members since they were 6 years old. They have been working hard for a World Championship. Saturday’s victory was a dream come true for them! The team prays together before each game and were led in prayer before Saturday’s game by Jeffersontown Mayor Bill Dieruf, who drove to Branson to be with them for the Championship game.

Congratulations to Parker and the Jeffersontown 12U baseball team!